Record Store Finds is a weekly column that shines light on a record from years gone by. Some are all time greats and others are under the radar classics that deserve a second spin. 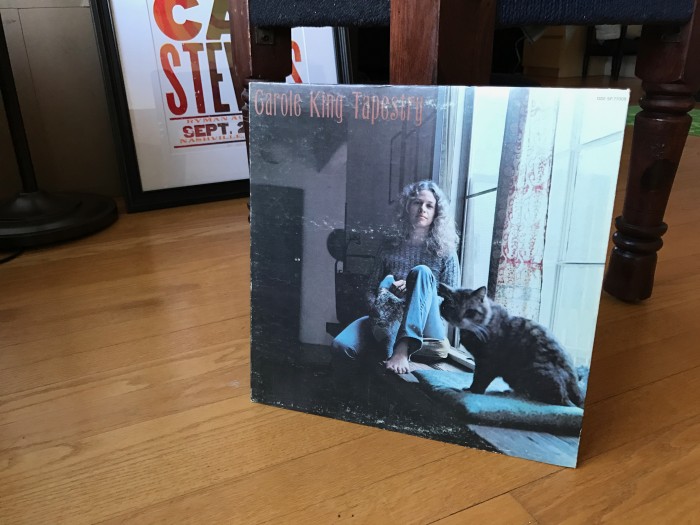 Carole King’s Tapestry doesn’t need much of an introduction. It’s the best selling album by one of America’s all time great songwriting legends. Originally released in 1971, the album peaked at #1 in several countries including the United States and has been certified 10x platinum indicating over 10 million copies sold (in the United States). It is with good reason. Tapestry is a musical journey inside the mind of a songwriting genius. Ironically, she wasn’t keen on the idea of

singing her own songs. Aretha Franklin recorded “(You Make Me Feel Like) A Natural Women” years earlier but James Taylor, one of her main collaborators insisted that she sing her own songs. The result was this amazing release.

When your sophomore release wins Album, Record and Song of the Year, it’s likely a sign of things to come. At 29 years old, that was the case for King. That trifecta of Grammy Awards has only been done by a handful of artists including Norah Jones and most recently, Adele.

Since its debut almost 50 years ago, almost every song from Tapestry has seen significant airplay in one format or another, from top 100 to adult contemporary and beyond. Songs from the album have been recorded by artists such as Dusty Springfield, James Taylor, The Shirelles and Rod Stewart. Taylor and Joni Mitchell also contributed vocals to the album. Tapestry’s legacy hasn’t faded an inch since its initial release.

Tapestry spent over 300 weeks in the Billboard 200 between 1971 and 2011 and is a beautiful album to listen to. It has an amazing combination of happiness and sadness all at once. Both sides of the record have a blend of memorable hits and lesser known deep cuts and if you’re starting a record collection, this isn’t a bad place to begin.