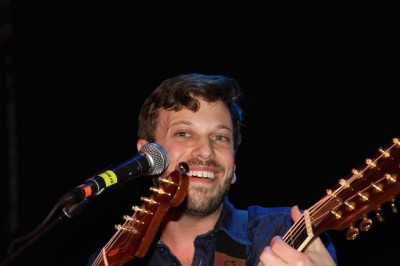 The smile that stretched from ear to ear across Dan Schwartz’s face says it all. This band loves the music they create and are thrilled to be back at it after a two year break. As the band dove right into fan favorite “Coney Island,” the energy in the intimate venue was rising by the minute and that same smile that Schwartz had the entire night seemed to become infectious. By the end of the first song, the entire crowd was feeling the same way.

Good Old War kicked off a string of ten shows last night in Brooklyn as they begin to preview their upcoming album which is due out this summer. While he won’t be featured on the new album, the band also officially welcomed back original drummer Tim Arnold who rejoins the group after having a baby last year. With the original lineup intact, Good Old War came storming onto the stage last night with new jams and crowd favorites. 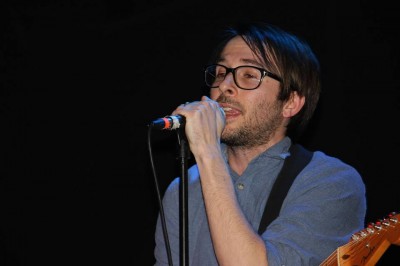 Among the new songs were potential singles like “Broken Record” and mellow jams like “Never See Me Cry.” What makes the band so fun to listen to is the way they can morph an established genre into so many unique sounds. With incredible three part harmonies and a perfect blend of acoustic and electric guitars, they feel like a group that is roaring towards the release of their first album in three years.

In 2012, Come Back As Rain debuted at #1 on the Billboard Heatseekers chart as they toured in support of Counting Crows, Dispatch and NEEDTOBREATHE. “Adam was great on that tour,” lead singer Keith Goodwin told me after the show regarding the Counting Crows lead singer. He elaborated that he was at every one of their sound checks and Tweeted about them all the time to his million plus followers. “I just hope we can support a group like that if we reach that level.”

There’s a chance that they’re on the way.

It’s odd in a way that Good Old War has been away from the spotlight over the past three years while folk turned mainstream groups like Mumford & Sons and The Lumineers have made the jump seem easy. Good Old War have a different feel. You can tell that they write what they love to play and their fans seem to feel the same way. Still, you could hear some catchy hooks rising out of their new songs. One can only wonder if Good Old War will be the next group to make the jump.

Good Old War will play nine more dates, all at intimate venues across the East Coast and Midwest including stops at Boston’s Middle East Upstairs (3/31/15) and Chicago’s Subterranean (4/9/15). As last nights show came to a close, all three original members of Good Old War left the stage, walking into the middle of the venue with an acoustic guitar, ending the show with a sing-a-long of some fan favorites. Finally, they concluded with their only cover of the night; Simon & Garfunkel’s “Cecilia.”

It was a beautiful ending to a great night of music in Brooklyn. Still without a name, Good Old War’s new album is due out this summer. 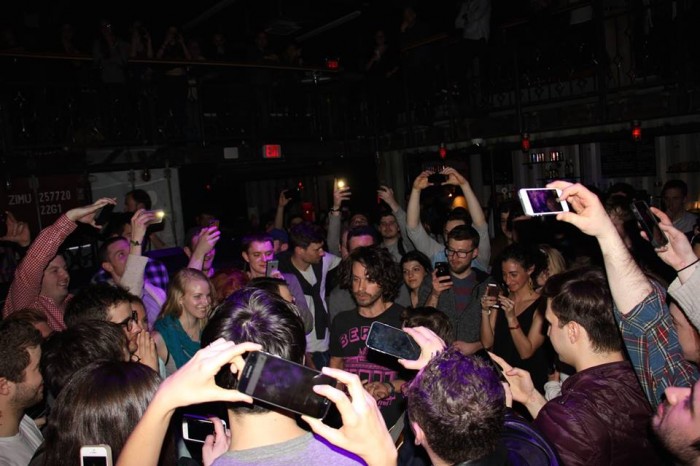