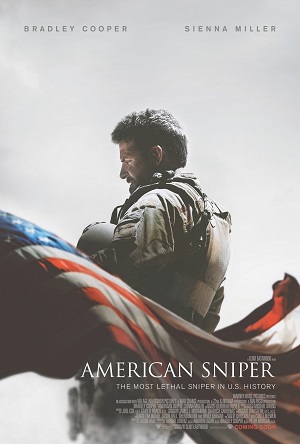 It’s not only basketball, hockey and football season. It’s movie season! The Academy Awards are just a few months away and with that, we give you the best and worst trailers of fall and early winter.

American Sniper (December 25th): Bradley Cooper in a heart racing drama. What more could you really ask for? Well how about a modern day military theme and Clint Eastwood at the helm. We’ll go ahead and polish up the Oscar nominations for American Sniper.

Drive Hard (October 3rd): Here’s one that just looks atrocious. John Cusack teams up with the likable Thomas Jane in a Transporter-esque action comedy. The fact that this movie is going straight to iTunes alongside select theaters should tell you everything you need to know.

Inherent Vice (December 12th): I’m very torn on this movie. Objectively, the trailer looks pretty phenomenal. Then you start to break things down and it doesn’t look as attractive. The star of this movie is Joaquin Phoenix who I believe is one of Hollywood’s all-time overrated actors. However, the writer and director is Paul Thomas Anderson who is the man behind There Will Be Blood, one of my all time favorite movies (it’s also worth pointing out that he wrote and directed The Master which was an absolute train wreck). I’ll probably give this one a shot in hopes that it’s more Blood and less Master.

The Interview (December 25th): Remember when there was controversy over American film-makers releasing a movie about trying to assassinate Kim Jong-un? This is that movie. We should probably expect a similar amount of hilarity as Neighbors and This Is The End. After all, this movie is once again showcasing Seth Rogen and James Franco.

Miss Meadows (November 14th): There’s really only one thing missing from Katie Holmes’ new movie Miss Meadows. That thing is Quentin Tarantino. This movie screams of his style yet is directed and written by Karen Leigh Hopkins who last wrote the romantic comedy Because I Said So (Diane Keaton & Mandy Moore). Maybe Hopkins has what it takes to pull this kind of movie off but I’m very skeptical.