And The Oscar Goes To: Best Director

Over the last 10 years, the award for Best Director at the Academy Awards has gone to the director of the Best Picture 8 out of 10 times. Throughout history, this has been a common thread. The 2 exceptions to this in recent history were connected in a crazy way. Ang Lee was the winning director both times, defeating a movie that seemed to clean up in most other categories. The two movies she won for were Brokeback Mountain and Life of Pie. The movies that won Best Picture those years were Crash and Argo respectively. This years nominations for Best Director are: 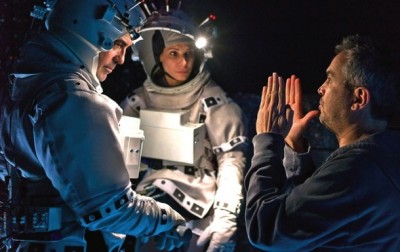 Let’s start with the obvious. Ang Lee is not nominated so the winner of Best Director should be the same as the winner for Best Picture. There are three movies competing for Best Picture (the other 6 are just for show). Those three movies are American Hustle, 12 Years a Slave and Gravity. That means that one of Alfonso Cuarón, Steve McQueen and David O. Russell will likely have a really good weekend.

Picking between these three movies seems nearly impossible. How’s this for a split. Cuarón won Best Director and 12 Years A Slave and American Hustle split the Best Picture category a few months ago at the Golden Globes. Is there any way to actually pick a winner here?

I believe that American Hustle should win but have a sneaky suspicion that Gravity will use it’s hype to steal it away. 12 Years A Slave is the wildcard. Of course it has a chance to win but something tells me that it will fall just short. The hype of Gravity and the long list of a-list actors in American Hustle are too much for 12 Years A Slave to handle. I’m giving it to Cuarón and hoping that Best Picture goes the other way.