As Grammy telecasts go, the 56th Grammy Awards will be remembered. It may not be remembered for the artists that took home awards or for the many great collaboration performances but overall, it will be remembered as a great show. Here are the 5 can’t miss moments from last nights show. 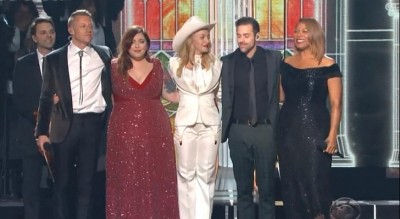 1. Queen Latifah and Madonna join Macklemore, Ryan Lewis and Mary Lambert for stunning performance: The moment that most people will remember from last night has to be this performance. Macklemore has been very vocal this year in his war against hate and that culminated last night, as 30+ couples, including some gay couples, were married during his performance of “Same Love.” Queen Latifah was the master of ceremonies and Madonna joined in to celebrate at the end. This performance had viewers worldwide crying and inside the Staples Center, the tears were flowing just as fast. It was a magical and memorable performance, just what the Grammys does best. 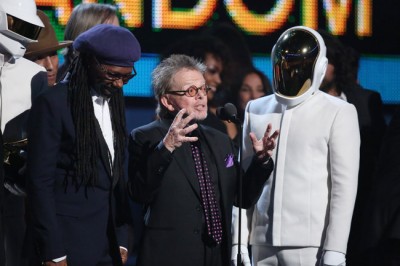 2. Daft Punk become the first electronic artists to win nights top awards: We’ve obviously seen the writing on the wall. Electronic artists are becoming more and more prevalent in the pop world and last night, Daft Punk did something that no other electronic artist had done. They took home Record and Album of the Year. Electronic needs to be used in context when it comes to Daft Punk. Although they are technically “electronic,” their sound uses classic artists like Paul Williams, Nile Rodgers and of course Pharrell Williams to create their sound. Still, they are electronic and will forever be the first of their kind to win these two coveted awards. 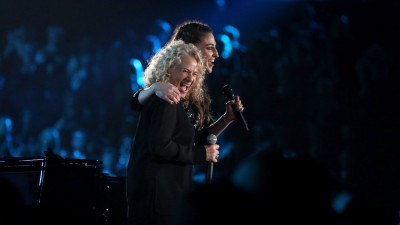 3. Three epic collaborations steal the show: The Grammys are known for awesome collaborations. This year, it felt like they took bigger chances, pairing unlikely artists from all over the spectrum. The oddest had to be Metallica, pairing with piano legend Lang Lang to perform “One.” While it started off extremely slow (probably too slow), it finally broke into an epic clash of metal and classical music. The best collaboration of the night came from two young artists in drastically different genres. Kendrick Lamar and Imagine Dragons performed a collaboration of “Maad City” and “Radioactive.” It was very random and very well executed. The final collaboration was much easier to fathom. Sara Bareilles and Carole King sat at adjoining pianos to perform Sara’s song “Brave” and the King classic “Beautiful.” The two embraced after, talking about how each inspired the other and it was 100% genuine. The two truly shared a moment on national television. 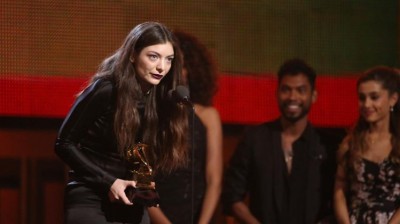 4. Lorde pulls off upsets in two categories: Lorde was up against stiff competition this year. While her song “Royals” was well received by fans and critics, she was in categories up against juggernauts like Justin Timberlake, Bruno Mars and Katy Perry. Still, Lorde persevered. She won Song of the Year and Best Pop Solo Performance, two of the larger awards the Grammys gives out. I’ll stand behind my statement that her hype won her at least one of those awards. “Royals” was not the best written song of the year but nevertheless, she is now a two-time Grammy winner.

5. A few of the classic artists come up way, way short: I’m a huge Beatles fan. I think Paul McCartney is the Beatle and the idea of him performing with Ringo Starr definitely gives me chills. Those chills went away last night as they two were forced into an awkward collaboration of “Queenie Eye,” a song from McCartney’s new album. It was cool to see them together but less than a minute into the song, Starr looked bored and so was I. A few other classic artists performed and were pretty boring as well. Willie Nelson joined his former Highwaymen Merele Haggard and Kris Kristofferson to perform alongside Blake Shelton. It seemed forced and unnatural like many of the classic artists last night.

To see our picks and what we got right, wrong and way, way wrong, CLICK HERE!