Grammy Preview: Song of the Year

Song of the Year is an interesting category. It’s usually very hard to pick a winner because of the caliber of talent represented in nominees. How do you pick a single song when you have all-star nominees across the board. This years Song of the Year nominees are: 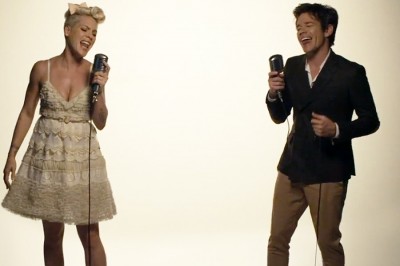 When you take a quick glance at the nominees, three songs really stand out for writing. After all, Song of the Year is meant to honor the songwriting involved in a song and not strictly the songs sound. The standouts for me are “Just Give Me A Reason,” “Locked Out of Heaven” and “Same Love.”

Let’s start with the two songs that I don’t see winning. “Roar” is a good song but I just can’t see this being the song that Katy Perry and Dr. Luke use to win Song of the Year for the first time. The same can be said for Lorde and her smash single “Royals.” It’s good but not great from a songwriting perspective.

Bruno Mars has been nominated in this category before. He lost in 2012 with “Grenade” and is now back with “Locked Out Of Heaven” which is nominated for both Song of the Year and Record of the Year. In the last ten years, four songs have taken home both of these awards. Most recently, was Adele with “Rolling In The Deep.” If it’s going to happen this year, this will have to be the winning song.

Now it comes down to “Same Love” and “Just Give Me A Reason.” These are the top two songs from a writing perspective and one of these two should win. I think it ends up going to Nate Ruess for the second consecutive year. He won last year with Fun. for “We Are Young” and now with Pink could take it home again. There’s no way to count the number of amazing sounds this song produces. With Nate on the high part and Pink on the low, it is a masterpiece from an arrangement perspective.

Song of the Year is a tough category to predict but after breaking it down, I’m going with “Just Give Me A Reason” written by Jeff Bhasker, Pink and Nate Ruess.