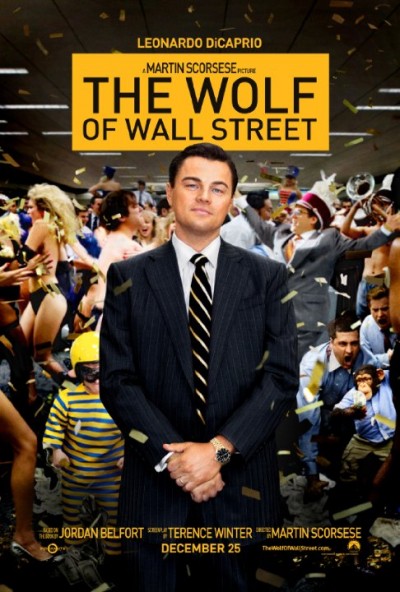 Martin Scorsese is a legend. He does not need votes. He does not need praise. He is among the few directing immortals. But, in a year full of mediocre movies, The Wolf Of Wall Street may forever be the pit at the bottom of his illustrious career.

Based on the book by Jordan Belfort, The Wolf of Wall Street follows Belfort, played by Leonardo DiCaprio through his journey from stock broker to millionaire. Sound familiar? It should. This story has been written and re-written hundreds of times, most notably in 1987 when Oliver Stone directed Wall Street. The difference between then and now? Wall Street is a classic. The Wolf was a joke.

The words to describe a movie this bad are often hard to find. Instead of attributing words, I’d like to attribute blame. The acting was good. DiCaprio gave an average performance while co-stars Jonah Hill (Moneyball) and Kyle Chandler (Zero Dark Thirty) stole the show. Both were excellent in their roles. Hill was especially entertaining, often adding comic relief but more importantly, showing true acting chops as Leo’s right hand man.

Back to the blame game. If we’re not blaming the actors then there’s only one person left on a movie with this type of hype. Scorsese. Maybe he’s getting old. Maybe he’s washed up. Either way, this movie was sunk from the get go. You could almost feel DiCaprio overacting through drawn out monologues and endless lines of coke. Is that the actors fault? Of course not. Someone’s giving him instructions and we all know who that is.

It’s hard to believe that Scorsese and DiCaprio have worked together on five major movies since 2002. The pair has scored a number of Oscar nominations and even a few wins. But maybe the well is dry.

Movies for movies sake rarely work. You don’t throw in action for the sake of action. You don’t strip girls naked for the sake of stripping girls naked and you most certainly don’t make a movie that everyone else is making because you know it will make a quick buck. Especially when your names are Scorsese and DiCaprio. The Wolf of Wall Street was a movie about the 1%,= for the sake of seeing the 1% take drugs, have sex and live life in the fast lane. It had very little substance and will forever be a stain on two legendary careers.