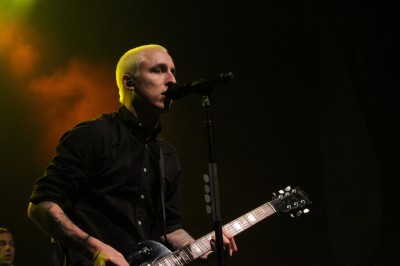 We”ll make this one easy. What”s the best live show you”ve seen this year? Sure, it”s a bit of a trick. After all, the year is only 17 days old. How many concerts could you have possibly been to? The answer for us is a simple one. Yellowcard.

was an amazing month for music. Overshadowed by Green Days epic rock opera American Idiot was a single from a then completely unknown band who called themselves Yellowcard. The single was fast, melodic and told a story that any teenager could buy into. That opening guitar riff would get stuck in your head just long enough to push you into a chorus that had a faint echo of an unfamiliar sound you would later identify as a violin.

The music wasn”t ground breaking, but the sound definitely was. Violin in punk rock was about as common as an electric guitar at a Jack Johnson concert. Layered with drums that seemed to never stop running and a perfectly distorted guitar, Ocean Avenue introduced the world to Yellowcard. 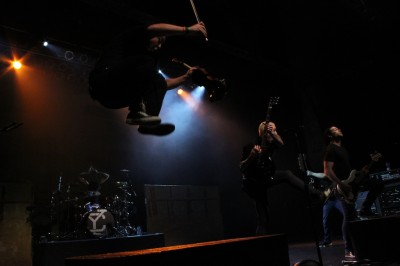 Memories of songs and albums passed come rushing back just minutes before Yellowcard is scheduled to take the stage at The Paramount on Long Island, NY. Filled with an odd blend of hipsters and punk rockers who seem to range in age from 30 to 15, the theater is amazing, renovated to look like a warehouse and sound like a small Brooklyn club.

Yellowcard hits the stage, opening up with the first two tracks from their most recent album Southern Air and the crowd goes crazy hanging on every word that Ryan Key sings. It seems as if every single audience member connects with a different set of songs, as they play a few from each of their eight albums.

gap in age amongst the audience members shows the bands staying power. While many (including us) discovered the band during the Ocean Avenue days, others were hearing songs like Lights and Sounds and Breathing for the first time. It”s rare to find a group that spans this age gap so perfectly while staying true to their roots. 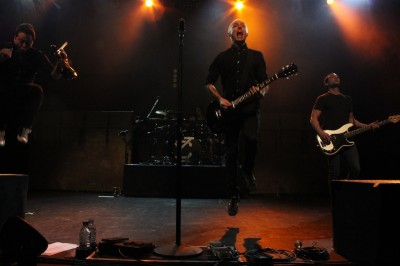 One of the most impressive musicians on the planet has to be Yellowcard drummer Longineu W. Parsons III. Yellowcard has another unique quality. Almost 100% of their set list that night was made up of fast paced, balls to the wall anthems that don”t stop to breathe for a minute. Parsons didn”t stop either, even throwing in a five minute drum solo halfway through the set. It was truly impressive.

The argument will never be made that Yellowcard are amongst rocks, or even punks brightest stars. They simply understand where they live in the complex music world and have been filling this void with an amazing sound since 1999. Even if you stood through the entire show just to hear the final song, Ocean Avenue, you would have been impressed. It”s impossible not to be blown away by Yellowcard. Even though it”s only January 17th, we”re happy to call Yellowcard the best live band we”ve seen in 2013.