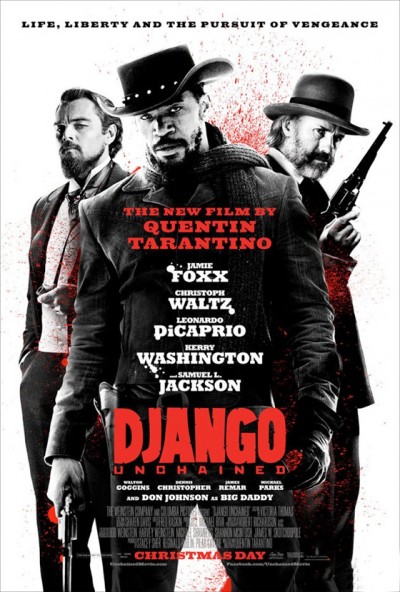 is the story of a German bounty hunter, played by Christoph Waltz and a slave with a flair for the dramatic, played by Jamie Foxx. The unlikely friendship leads to nearly three hours of blood, guts and more blood. What else did you expect from a Tarantino movie?

The last time Waltz portrayed a character molded in the mind of Quentin Tarantino, he won an Academy Award as a Nazi officer in Inglorious Basterds. Waltz will have another shot at an Oscar run in February giving one of the best performances of 2012.

Not to be outdone, Jamie Foxx was equally excellent. While Waltz carried the movies witty dialogue, Foxx was the hero, acting as much through small nuances as through his amazing one-liners and intense action sequences. 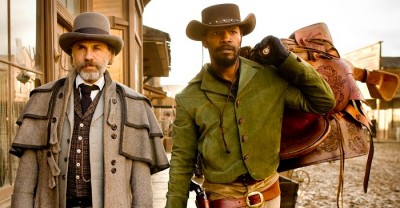 Two other performances were above and beyond. Leonardo DiCaprio portrayed a plantation owner in Mississippi who dabbled in slave fighting and whore housing. This role was another notch in the belt of an actor who is quickly becoming one of Americas most celebrated stars.

Samuel L. Jackson provided the other outstanding performance. Django showed a side of Jackson that Hollywood has never seen. He was a vulgar old man with a take no prisoners attitude. His previous work with Tarantino was clearly a major contributor to this characters success.

Finally we arrive back at Tarantino. Inglorious Basterds started the trend that was carried forward by Django Unchained. Tarantino now sits in a class of directors reserved for Hollywood elite. A mastery of both indie and mainstream film, has guaranteed Tarantino a seat amongst the all time greats.