two_one_frankie_go_boom.jpeg” alt=”" width=”305″ height=”453″ />The fall movie season is upon us. Filled with the leftovers from the summer blockbuster season, the fall is often a complete strikeout when it comes to movies. Sometimes, just sometimes, you’ll find a treasure hidden amongst the crap. Here’s our take on a few fall movies based solely on their trailers.

2 Days In New York: Indie movie fans. This one is for you. Chris Rock, Julie Delpy and a long list of role players could make this a great fall comedy.

3, 2, 1…Frankie Go Boom: I’m excited about this. While most people loved Bridesmaids, I thought it was an average comedy. The funniest parts came from Melissa McCarthy and the interactions between Chris O’Dowd and Kristen Wiig. O’Dowd and a crew of comedy irregulars star in this oddly titled comedy.

Craigslist Joe: A Supersize Me style documentary about a guy trying to live for 31 days and travel the country using Craigslist. Should be an interesting movie to say the least.

Deadfall: Anytime I see the combination of snow, running and violence, I assume Liam Neeson is lurking nearby. Lucky for us, this movie looks Neeson free and a pretty solid heist flick. Girls will love Eric Bana. Guys will love Olivia Wilde. It’s a win win. 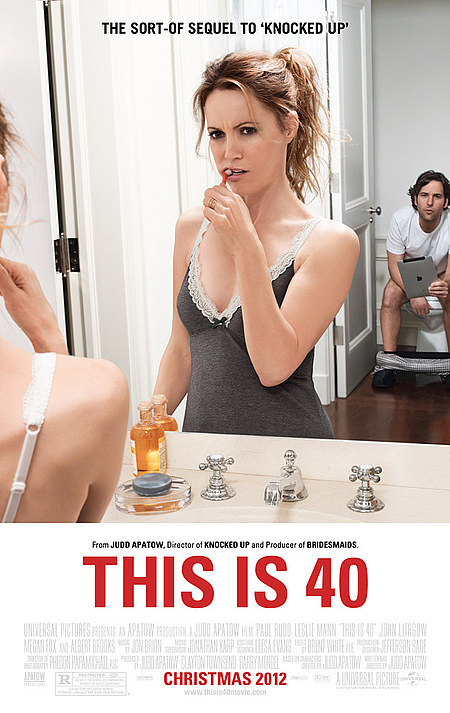 The Man With The Iron Fists: Quentin Tarantino at his very best. There’s fighting. There’s blood. There’s sex. What more could you ask for?

The Words: If you haven’t watched this trailer yet, go watch it. I’ll wait…This movie promises a deep, winding story featuring two of Hollywoods brightest upcoming stars. Although you can probably steal the plot from the trailer, The Words will be a must see for cinefiles, and a sure miss with mass audiences.

This Is 40: So this one is starting to annoy me. First, there is no way this movie won’t be funny. It’s half the cast of Knocked Up (Leslie Mann, Jason Segel, Paul Rudd), the funnier role players from Bridesmaids (Melissa McCarthy and Chris O’Dowd) and the newly funny Megan Fox (simply because she makes fun of herself really well). It just seems like there’s something missing. That’s right, Seth Rogen and Katherine Heigl are nowhere to be found.