526 days. That is the amount of time that will separate the end of Mad Men Season 4 and the premiere of Season 5 (starts up this Sunday, 3/25/12). With more than a year in between episodes, even the biggest TV buffs will have to look back on their notes to recall what happened last. For those of you who don’t take notes during TV shows (non-nerds), we’ve got you covered. Here are 5 Things To Remember Before Mad Men Returns this Sunday on AMC. 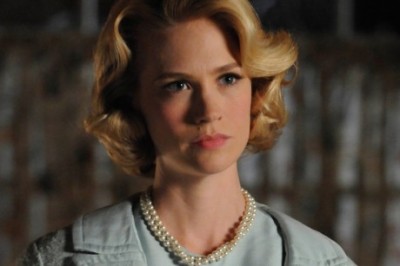 1. Betty Draper/Francis Could Be A Sith Lord: Although this is something that die hard fans saw coming for a long time, it became apparent very early in season 4 that Betty is a bad person. Not just a bad wife or a bad mother. She is the entire package. Unlike Don, her evil side is cast directly onto the closest people in her family, mainly her kids (Don’s evil side has been kept from the kids for the most part). Her worst moments of season 4 included firing longtime nanny Carla, who had raised Betty’s children since they were very young. Her second moment of darkness was flipping out on Sally at a dinner table filled with complete strangers. As bad as audiences felt for Betty during the first few seasons, that’s just what she has become, bad. We just hope she doesn’t try to actually kill anyone this season.

2. Don Draper Rides The Secretarial Roller Coaster: Relax. We know you took that in the dirtiest way possible (and you might not be that far off). Season 4 featured three different secretaries covering Don’s desk. He slept with the first, eventually causing her to throw things in an apparent nervous breakdown. The second one died at her post (of oldness, not of heartbreak). The third can now officially change her title to Mrs. Draper. Don’s secretaries, have a tendency to play large roles in the show so we’ll see what happens next.

3. Peggy Is Now The Man: The show has done an 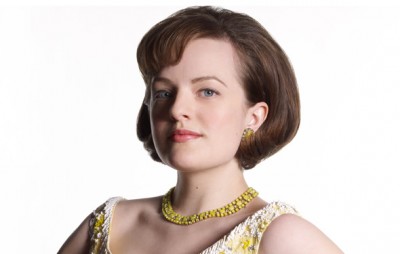 excellent job demonstrating the growing influence of women in the workforce throughout the 1960′s. Starting out as Don’s secretary (see #2 above), she has ascended the corporate ladder faster than anyone in the show. Now, as Don’s right hand woman, she is more dominant than ever. Her dominance is demonstrated throughout the season and she now outshines co-workers Pete Campbell, Joan Holloway and Harry Crane as the firms most important asset (after Don). Peggy’s birthday episode, in which she ends up working with Don all night, is one of the best of the season, showing the incredible on screen chemistry (and dare we say friendship) between the pair. 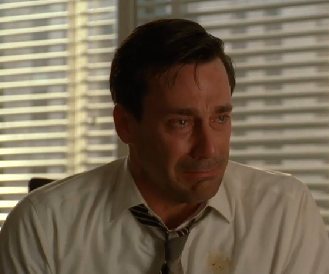 4. Don Is Not A Robot: There is a character that writers inserted into Mad Men a long time ago with a deep, dark intention. From the very first time we meet Anna Draper, we can see the spark. This is Don’s one true friend (Peggy is also considered a friend now) in the world and her entire presence in the show is meant to evoke a single emotion. We eventually had to see Don in a fragile, emotional state. Anna’s death in Season 4 drove Don over the edge and he spends much of season 4 lonely and depressed. One can only hope that the writers of Mad Men were that clever. It takes a lot to get Don Draper to cry. They pushed the right button.

5. Joan Is Preggers But…: The thing about Mad Men is that there really is no loyalty. In fact, when there is loyalty, it’s like watching a pig fly. Nearly every character, has cheated on someone at some point. Through several marriages, both Roger Sterling and Joan Holloway, still find time to hook up under stairwells. So now, Joan is pregnant and her husband thinks it’s his kid. We know this isn’t the case. It wouldn’t be Mad Men if Joan’s bun in the oven wasn’t covered in sleek white hair. 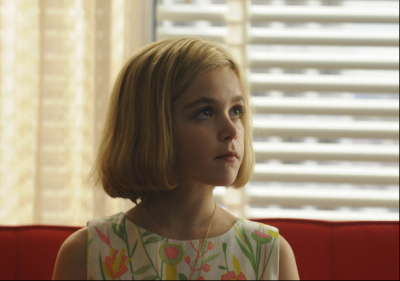 6. Sally Is Finally A Real Person: This final point is probably a year late. Heading into season 4, we could already see the character of Sally Draper evolving. Now, an ability to stand up to her Lord Voldemort of a mother and be her own character is a great asset to the show. She has turned into a great young actress and has learned to walk the tightrope between Don and Betty. What is really interesting is her obvious connection to Don’s new wife. If that marriage sticks, it is only a matter of time before Sally asks out of the Francis residence.

Finally, here’s what happend in the real world in 1966 (possible season 5 spoilers):