Interview: Kahn From The Parlotones 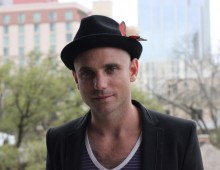 When we were creating our list of the top 26 bands (alphabetically speaking) to see at SXSW, The Parlotones were runaway winners in their letter. A smooth blending of sounds along with what can only be described as brilliant songwriting, The Parlotones bridge the gap between humanitarian and rock band. After climbing Mount Kilimanjaro to raise awareness for the abuse of women, they jumped on a plane (actually three planes) to bring their music to Austin, TX for SXSW. Although The Parlotones may be relatively unknown in America, they are a multi-platinum selling act in South Africa. Lead singer Kahn Morbee took a few moments out of his busy SXSW schedule to speak with us. Enjoy the interview: