Every once in a while, a television relationship comes along that is too perfect. You think to yourself, while curled up in front of your iPhone, that these guys (or girls) can”t possibly have this type of chemistry. In fact, it is hard to imagine some of these characters having relationships that didn”t involve their significant television other. Without further adue, here”s our list of the Top 5 TV Friends We Hope Are Friends In Real Life. 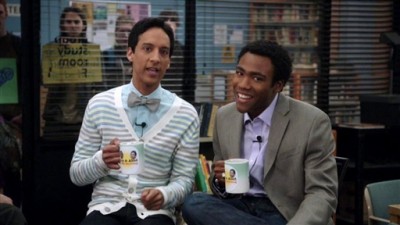 1. Abed and Troy: This was an easy #1. The chemistry that these two share on screen is pure television gold, bringing so much life to NBC”s Community. One can only pray that their on screen magic comes from a true off screen bromance. Did anyone see Abed at Childish Gambino”s release party?

2. Liz Lemon and Jack Donaghy: This one is a little harder to fathom. In real life, Alec Baldwin is a suave, cunning comedian with a flare for beautiful women. In real life, Tina Fey is a television writer with social anxiety issues. Apparently they aren”t so different from the characters they play. Could their awkward relationship in 30 Rock have lead to a real world connection? We like to think so.

3. Chuck and Morgan: Ironically, this friendship is probably the hardest for me to buy into (from Chuck). Although their on screen characters in Chuck are awesomely comical when discussing role playing games or the ins and outs of the Star Wars universe, something tells me Zachary Levi is less of a nerd than he lets on. Let”s hope I”m wrong. 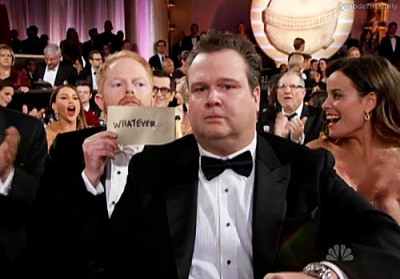 4. Cameron and Mitchell: It was hard to tell if these two comedy lovers (from Modern Family) could translate their relationship into real life. In the end, one man is straight while the other is openly gay. All skepticism was crushed at the 2012 Golden Globe Awards when Jesse Tyler Ferguson held up a sign that read “whatever” when Eric Stonestreet”s name was announced for a nomination. They”re clearly friends.

5. Sheldon and Penny: Here”s one out of left field.The Big Bang Theory has grown as a show over the past four seasons. Once on the brink of cancellation, it is now in syndication and is a staple on CBS. Although they are extremely different on camera, one can easily make the case that they are real friends. In fact, this video kind of proves it. It”s that old hope that girls that look like Kaley Cuoco actually are friends with guys like Jim Parsons.