Opinion: Television Shows Don’t Have The Balls To Kill People When It Counts 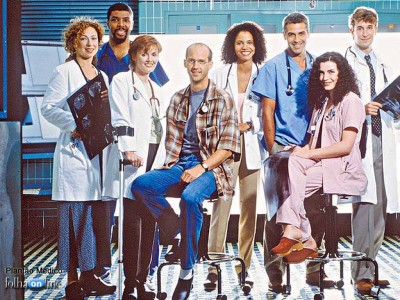 E.R. Was The Standard For Network Drama's For Over A Decade.

It’s the rarest breed of television show. One that is perpetually intriguing, pulling the audience in week after week and at the same time, is not afraid to make the big decisions. The first is hard enough on its own. How many shows come along each decade that are truly unique, truly different, truly magnetic? The truth is, in my life time, there’s only been a handful of them.

“E.R.” is the first one that I remember. It was bold and exciting. Each week seemed like do or die. Every Thursday night, I would sneak downstairs, well past my bedtime for the 10 P.M. show. It was bloody, but amongst all the blood was character development that would put shame to most novels. Ironically, this first memory of dramatic television, made those aforementioned tough decisions. A specific episode that comes to mind involved a doctor having his arm severed by a helicopter. Sure this made things inconvenient for the writers, as they fumbled around with a one armed doctor. Still, it was unexpected and created a “real” near death experience within the show.

Beyond “E.R.” most dramas were not all that intriguing in the late ’90s. This ended in 2001, when just a few months after 9/11, “24” premiered on Fox. The show was groundbreaking in more than a few ways. First, it was shot in real time, a truly unique proposition for a primetime drama. Second, it featured real life terrorist scenarios, taking place in America. Finally, the show was daring and completely unafraid to take risks.

“24″ defines the idea of being unafraid to make the big decision. While some shows hesitate, “24″ delivers. Just when you think, ‘there’s no way they could have just done that,” they just did that. I’ll never forget picking up “24″ mid-season for the first time. It was three or four episodes in at the time and I did my best to catch up from the ‘Last Time on 24.’ In spite of my mid-season arrival, I was mortified when Jack Bauer (Keifer Sutherland) walked into an interogation room, located inside a government building, and shot a detainee point blank in the face.

Sure this wasn’t a main character. But it was brutal. It was uncalled for. And it helped to set a tone for “24.” Later in the series’ progression, they would kill off main characters at will, leaving the audience literally off the edge of their seat. Their were two moments that defined what “24″ stood for. The first event came in the final seconds of season 2, when a then President David Palmer was attacked by a terrorist. The season ends with a black screen and the president gasping for what could be his final breathe. That was that. The writers pushed out their chests and said “deal with the suspense until next season.”

The second event came as the show marched towards its series finale in season 8. The show spent over 15 episodes, building up a rekindled relationship between Jack and Renee Walker (a reoccurring character). In an instant, without any warning, she is violently murdered, as she was about to crawl into bed with Jack. It’s a violent twist and a heartbreaking moment that kept the show fresh.

In the years following “24″ several other shows were able to capture some of this magic. ABC’s “Lost” did a great job of keeping audiences suspended, without the shock and awe of brutal murder. FX’s “Nip/Tuck” spent an entire season playing off of the horror film theme, as various members of the cast were stalked by a masked figure (The Carver). Unfortunately for “Nip/Tuck” while they did keep the audience intrigued, when the season was on the line, they wimped out, revealing The Carver to be the obvious candidate. They could have made a statement. They could have put a main character under the mask. Instead, they went the safe route as the show began to fizzle out. 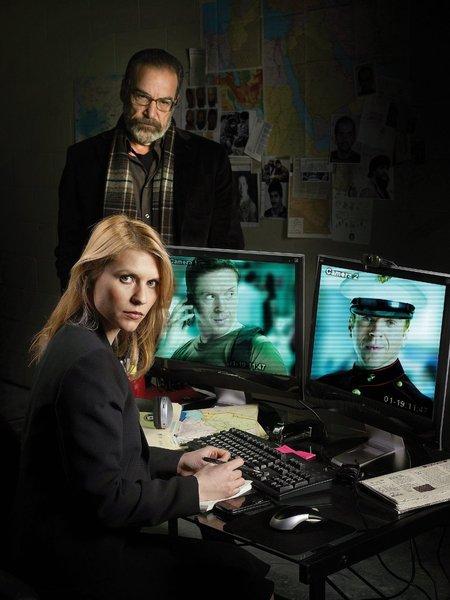 Homeland Is The Latest Show To Fall Victim To The "Big Moment Letdown."

“Homeland” is the most recent show to fall victim of this writing atrocity. The story and characters pulled you in the way only a drama can and at times, it made your heart race, just like “24.” Unlike “24,” the show it is derived from, when the season was on the line, they played it safe. Instead of leaving the audience in suspense for an entire offseason, or killing off a main character, they took the safe route. All of the main characters were left in place and the show will simply pickup where it left off come the Fall of 2012. It was safe, making for a lackluster finale.

This idea of high risk, high reward is likely the largest deterrent to this brash style of writing. Of course it’s hard to kill off main characters, especially ones that in some cases, you’ve spent multiple seasons developing. It’s much easier to continue a story than to try to find reasons for new characters to emerge. This style got the best of “24″ as its ratings slipped year after year in spite of critical appraise. There’s only so many times you can shock people and as with most drama’s, the series ended less than a decade after it had begun.

Few dramas can keep you enthralled the way a show like “E.R.” did. Even some of the longer running dramas such as “Law and Order” only played to one of these senses. While it was ruthless, there was no real reason to watch on a weekly basis (evident by “Law and Orders” massive syndication). Are there still drama writers out there, willing to take risks? Sure. Are the networks going to allow them to kill off key pieces of a show just to make a splash? Probably not. Remember, what makes great television, isn’t playing it safe. It’s taking a risk and hanging your reputation out there for the world to see.