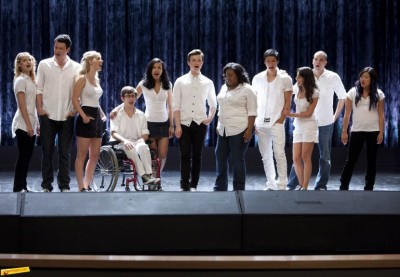 All this week, we are going to be counting down our top eight songs from Glee’s second season, just as we did last season. What makes these songs great is the story that goes along with them. While the plot lines are often cheesy and the drama is way over the top, the deepest connection with a song often comes from a story. Glee does some of the work for us, providing us with a lovable cast to live and die with. With that in mind, here’s our list of the top eight songs from Glee season 2.

1. Somewhere Only We Know from the episode Born This Way: This song perfectly captures the sweetest moment of the season. As Kurt prepares to return to the McKinley High School, his boyfriend Blaine and The Warblers perform a final goodbye on the steps outside the school. There’s plenty of crying and is a perfect song to capture the moment.

2. Go Your Own Way from the episode Rumours: It’s amazing how perfect this song fit into the season. Not only is the story in the writing synonymous with the original groups struggles (Fleetwood Mac), it fits into the love triangles that often persist in Glee. This was a great performance, great arrangement and a true anthem for season two.

3. I Want To Hold Your Hand/One of Us from the episode Grilled Cheesus: These two songs represent the most emotional moments and songs ever performed on Glee. In a moment of deep despair over Burt Hummel, Kurt sings as a way to remember his dad and the club comes together and sings a song in hopes of a safe recovery. While Kurt seems to sing very sparsely during the second song, the club is clearly singing directly to him and his father.

4. Pure Imagination from the episode Funeral: We all remember firsts. The first time you heard The Beatles. The first time you had your heart broken. And the first time you actually felt bad for Sue Sylvester. In the heartbreaking second to last episode of season two came the tragic death of Sue’s sister. Taking a song from her favorite movie, the New Directions emotionally performed the song at her funeral in front of a crying Sylvester.

5. “As If We Never Said Goodbye” from the episode Born This Way: Another song on the countdown surrounding Kurt’s triumphant return to the Glee club. This song was performed by Kurt and sung to the Glee club, marketing this return. Again, the song is filled with emotion and a little bit of crying. What we love most is that it’s Kurt doing what he does best, emotional show tunes.

6. “Marry You” from the episode Furt: At the time of the episode, this was our favorite song from season 2. Sung at the wedding of Burt Hummel (Kurt’s dad) and Carole Hudson (Finn’s mom), the entire club comes together after an episode filled with homophobic slander towards Kurt. 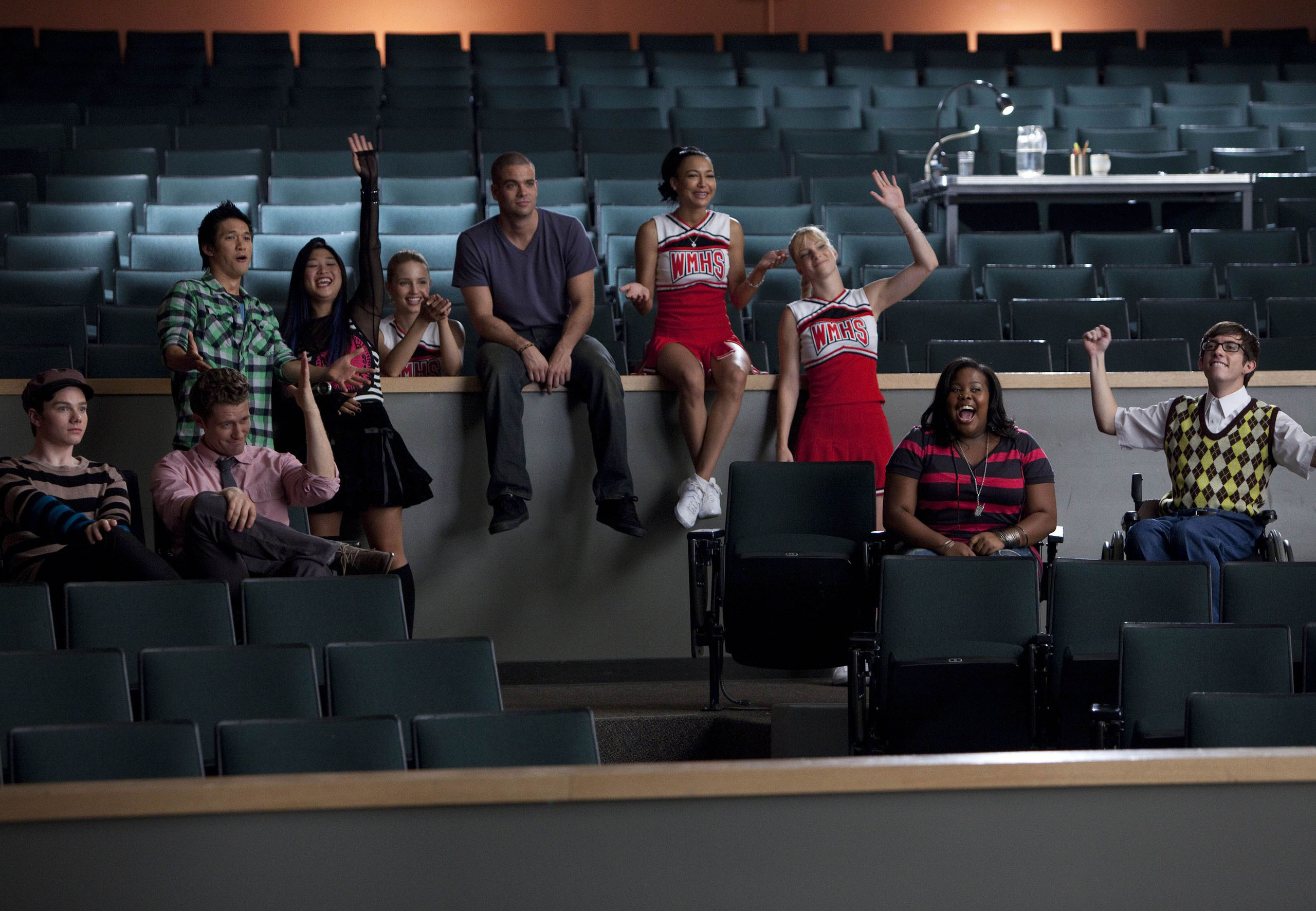 7. “Landslide” from the episode Sexy: While there were a number of appearances for guest star Gwyneth Paltrow this season, this was her best. Uniting Brittany and Santana in a moment of true adolescent confusion, this song was heartfelt and spoke to the story.

8. “The Only Exception” from the episode Britney/Brittany: First, do we ever really get sick of Rachel singing ballads? The answer is no. The true reason this song cracks the top 5 is because of the emotional roller coaster that came before it. The classic Ross and Rachel scenario played itself out over and over this year and this was one of many songs Berry sings directly to Finn (at least she sees it that way).

Thanks for sticking with us throughout our Glee Season 2 Song Countdown. Today is the last day to pick your top five songs from this season and be automatically enter to win free Glee stuff from us!! Enter your picks here.