Review: Thor Over Promises, Under Delivers, Sets Up Avengers Epic 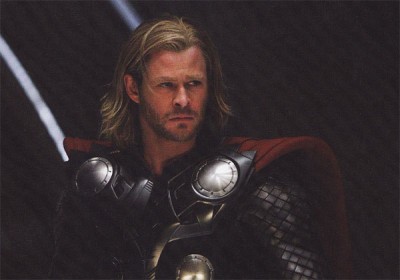 Movies are getting tougher and tougher to watch in theaters. While the quality of these movies isn’t always poor, the setup sometimes is. The summer truly arrived this week with the opening of Thor. The Marvel comic book god will join Captain American, Hulk, Iron Man and a few others to form The Avengers, a movie slated for release sometime in 2012. Now back to the movie at hand.

Thor in itself was a solid movie. There was plenty of action, the special effects were incredible and the dialogue was predictably bad. For the average movie goer, comic book movies often come down to liking the actors. Think about your favorite comic book movies. They probably featured some pretty incredible performances. We look past the massive plot holes in movies like The Dark Knight because of a few incredible performances.

In Thor Chris Hemsworth plays the God of Thunder while his brother Loki was played by Tom Hiddleston. While I won’t tell you that Hemsworth is a brilliant actor, he embodies Thor like few could. Whoever is casting these Marvel movies truly deserves a raise. First the most perfect pairing in fiction meets non-fiction history of Tony Stark and Robert Downey Jr., now this. Hemsworth is slightly meat headed, a perfect typecast for Thor, a character that uses brute strength over intellect more often than not. His nemesis Loki was another perfect role for actor Hiddleston. A true big screen debut, this role was perfect for him as he gives off just enough adorable little brother to be evil. 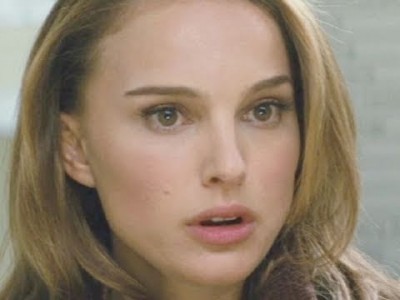 We Get It Natalie, You're Beautiful. Now Can You Not Ruin Anymore Comic Book Movies?

The real downer in this movie was Natalie Portman. Her character was completely irrelevant and almost a distraction from the plot of the movie. Are we really supposed to believe that Thor, God of Thunder, would interupt his journey home to lock lips with a doe eyed scientist? We didn’t think so either. Regardless, she is beautiful and seemed to have solid chemistry with Hemsworth. The supporting cast in Thor was also really solid. Kat Dennings brought comedic relief, Stllan Skarsgard played the father figure and Clark Gregg reprised his role as S.H.I.E.L.D. director Phil Coulson. All three bring a little extra to the movie.

Anthony Hopkins rounds out the cast. While I’ve never been a huge fan of him, he does one thing better than most. He portrays perfect enraged screams. Something about his demeanor comes off brilliantly when he’s yelling (or banishing sons from his realm). As the headline states, the movie isn’t perfect. In fact, after the buildup, starting in the credit sequence of Iron Man 2, the movie fell short of my expectations. What the movie did well was build suspense surrounding The Avengers. Another layer only makes this project even more interesting and the combination of this amazing group of actors and heroes should bode well for Marvel.