Wow, I Can’t Believe It, Charlie Sheen Is A Normal Guy 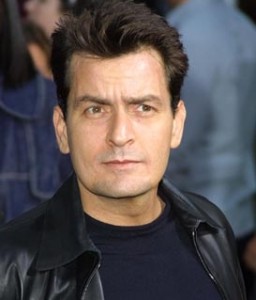 Actor. Role model. Actor. Role Model. You can even throw athlete in there too. It’s simple enough to understand. Just because someone is famous, it does not make them a role model. I’ve written about this topic before in regards to athletes but Charlie Sheen has changed the discussion. Over the past few weeks, thousands of people have been glued to their monitors (usually computer monitors) following the drama between him, his producers, his ex wife and his friends. The real question for me is, why is this so abnormal.

Take a moment and put yourself directly in his shoes. You’re a middle aged man, with a playboy personality. You make roughly $2 million per episode on one of televisions hottest comedies. Now we ask, would you behave any differently? If your answer is yes, you are not being honest. The point is, Charlie isn’t breaking laws. He isn’t driving around intoxicated or dangling his children outside of windows. Instead, he is living the life, flaunting his money, having sexual relationships with two women at the same time and doing what any other normal man would do in said position.

Now let’s rewind. Look at any number of television shows airing right now. From Entourage to Glee, television portrays many of its leading characters living lives that resemble the way Scheen has lived during the winter months of 2011. Characters in shows are often well off when it comes to money, have members of the opposite sex at their disposal and do what they want when they want. If this is the life someone is able to lead in a fictional show, why can’t they do the same in real life? The answer is they can and Sheen has helped prove that.

Each day of the saga, we see less and less of a difference between Sheen and his Two and a Half Men character Charlie Harper. The real question is why this matters so much in the pop culture world? Unlike other celebrities such as Lindsay Lohan and Kobe Bryant, Sheen isn’t in trouble with the law. In that light, Sheen’s over one million followers on Twitter aren’t concerned with the stars issues. They aren’t worried about whether he will return to the screen. Instead, all we care about is what is going to happen next. Sheen is a living, breathing self made reality show and is growing a brand around himself in the exact same way Conan O’Brien did following his split from NBC.

Moving forward, it seems doubtful at this point that Sheen will return to television as Charlie Harper as long as Warner Brothers and CBS are involved. It seems puzzling that the leading network would pull one of its top rated comedies as we approach the end of the 2011 season. With so many other networds struggling, it would seem beneficial for another to step in and capitalize on the Two and a Half Men market if the show is missing from the fall lineup. Sheen is creating great entertainment. He has millions of viewers and is beginning to capitalize on revenue. Unfortunately for CBS, they aren’t seeing any of it. The joke seems to be on them.