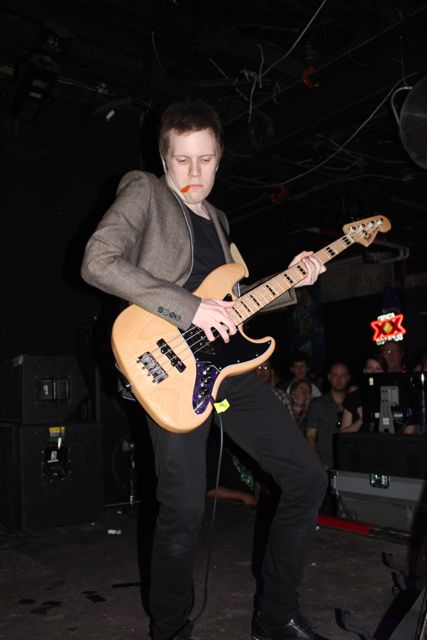 Just over a year ago, Pete Wentz announced on his Twitter account that Fall Out Boy would be on hiatus. He used the line: “…A hiatus is forever until you get lonely or old. I don’t plan on either.” The band was in the midst of an emotionless period, playing concerts but appearing to have almost no fun doing it. As if the rock gods were telling us something, their run ended as many of their fans bored with them. It should have been clear at that time that the two standout members of the band, Wentz and Patrick Stump would be back in some regard. Each had built a brand around themselves during Fall Out Boys nine year run.

Well the time has come. As if to celebrate the one year aniversary of the band breaking up, Stump has released a long awaited solo project. Writing and composing all six songs on the EP, the collection of songs is purely Stump. Aside from a few “featuring” tags to spotlight guest artists Alph-a-Bit, Om’mas Keith and D.A. & Driis, the album seems to ooze originality. As if this sound has been festering inside Stumps loins throughout the past years, the music is a bold statement from an artist that spent nine years playing to the alternative emo crowd.

In March of 2010, just under a year ago, Stump took the stage in a dimly lit club called Dirty Dog in Austin, Texas during the South By Southwest festival. Fighting through a packed crowd, I was able capture just over a minute of Stump performing. What stood out that night was his outgoing on stage personality. For years in Fall Out Boy, Stump was the younger brother. He didn’t have to be the outgoing part of the group as Wentz usually stood directly in the spotlight. That night, his sound was oddly electric and extremely indie rock sounding. This put a weird idea in our heads that when he finally made his return, it would be totally different. 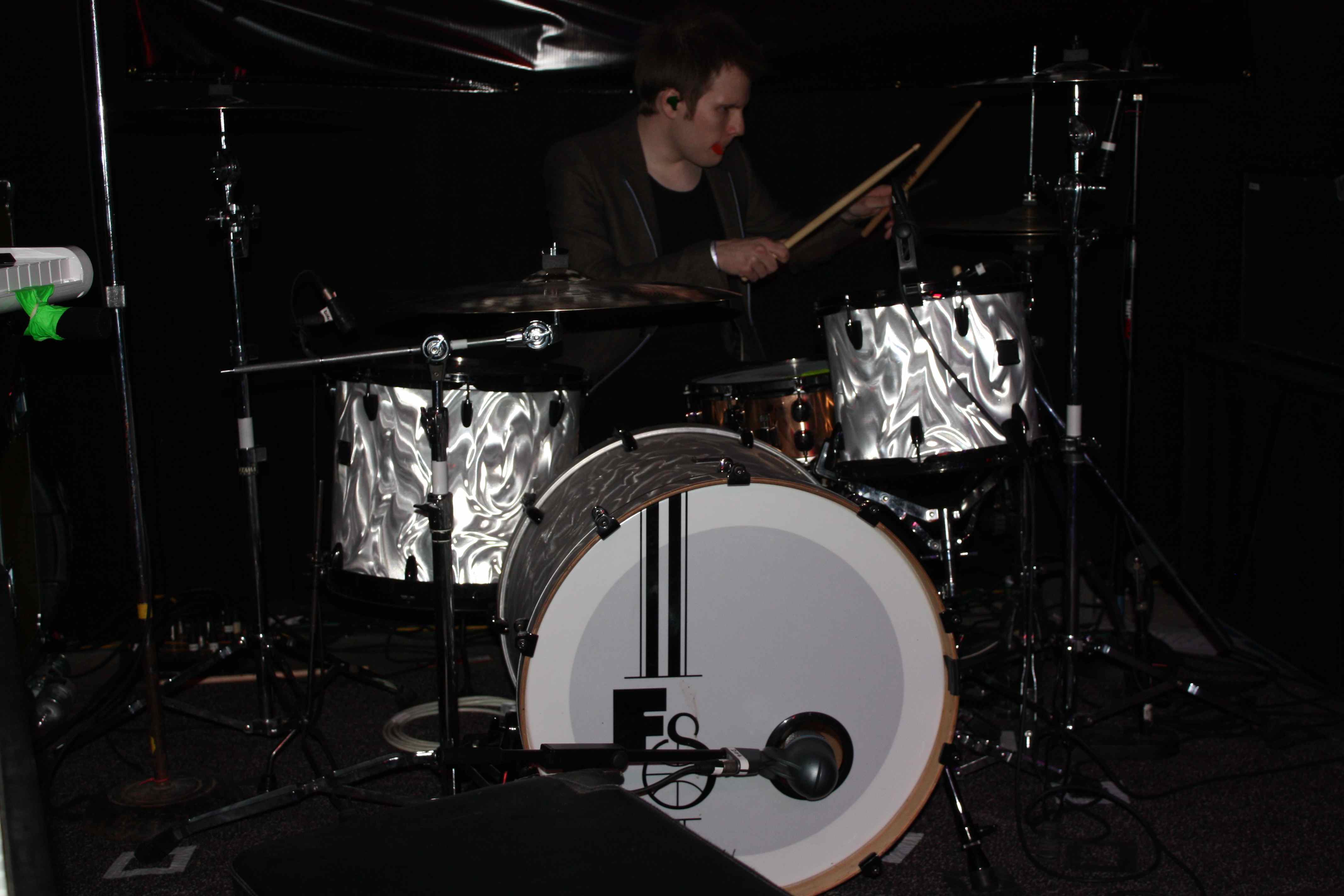 Stump On The Drums at SXSW

Luckily we were wrong. He simply continued doing what made him famous to begin with and made it relevant again for 2011. Truant Wave is the electronic album that Fall Out Boy could of made. Because Stumps voice was the only one present on his former bands records, there is little he could of done to separate this EP from Fall Out Boy’s sound. He truly did everything he could. Right from the first song, “Porcelain,” there is a true electric feel. Stumps vocals come in after a twelve second electronic intro. When his voice hits after the odd opening, it’s almost his way of comforting the listener. Things might of changed but I’m still here. The song itself is awesome. Stump reaches the falsetto that helped put Fall Out Boy on the map during the chorus all while being backed by a starship sounding electronic instrumentation. There is a break from this towards the end with a very live sounding drum solo. Because Stump played drums at Dirty Dog during his solo debut, I would have to assume that he was behind the set for the songs recording.

Each song seems to build on the one before. Many of the songs have a flow that sets up in the tail end of the song before it. “Spotlight (Oh Nostalgia)” seems to somehow be a call back to his past as the frontman for Fall Out Boy. Stump sings “Oh nostalgia, I don’t need you anymore, I just hope, my perfect stranger, that my kids look more like yours…” The chorus is almost a letter to himself, as he tells himself that he’s capable of being the star, standing in his own spotlight. The change of pace song is “Cute Girls” which slows things down and lets Stumps voice sit right up front as he harmonizes with what appears to be a barbershop quartet.

In a weird moment, the opening of “Love, Selfish Love” sounds like a song that would appear on an album by his former band. After the very Fall Out Boy opening, it moves to meet the style more prevalent on the solo project. This song stands out as one of the best from the EP, with a defined hook paired with a cool two part chorus. The song is a definite single should they pursue it. It’s sort of weird to think about but part of me feels this is the album that Mika could of made of Stump was guest singing on it. That is most certainly a compliment for Stump with the crazy electronic ramblings of “As Long As I Know I’m Getting Paid.” That song flows directly into the final song of the EP, the creepy melodic ballad “Big Hype.” The album fades away into black with an eery string part that sounds more Nightmare Before Christmas than upbeat electronica but nevertheless, the EP is a success. It shows Stump breaking free of his former life as the frontman for Fall Out Boy and wets our appetites for his summer album release entitled Soul Punk.

It has been noted that we forgot to mention, Andy Hurley and Joe Trohman, the other two members of Fall Out Boy and their current project The Damned Things. This article was intended as a review of Stumps latest record and not a history lesson about Fall Out Boy. Regardless, it should be noted that all four members of the band are currently involved in other projects with varying levels of success.