Disclaimer Part 1: Movie reviews may contain spoilers. While we attempt to keep to a review and leave the plot for people who see the movie, things do fall through the cracks. Enjoy the review!!

Disclaimer Part 2: I review movies. I do not review books. This review is about the movie. If you didn’t like the movie because it didn’t follow the book, please go away. Movies are movies. This movie was based on a book. It is not a direct interpretation and likely was never intended to be.

Reaching the end is never easy. Almost exactly nine years ago (Harry Potter and the Sorcerer’s Stone premiered on November 16th 2001), we were first introduced to the world of Harry Potter in all its cinematic glory. At the time, a collection of young unknown actors and actresses joined together with Hollywood veterans like Allan Rickman and Maggie Smith not knowing where the adventure would take them. What started as levitating feathers and enchanted cars, has turned into real blood, real death and truly emotional story.

The progression is what is most important for Harry Potter and the Deathly Hallows. As the story permits, the movie shows a mature group of young adults, solving their own problems in an extremely dark and mysterious world. When Harry Potter and the Half Blood Prince was released in the summer of 2009, many proclaimed it the darkest movie the franchise had seen. This movie makes it look like Disney’s Dumbo. Filled with death, Harry, Ron and Hermoine (Daniel Radcliffe, Rupert Grint and Emma Watson) are plunged into a solitary world in which they fight both themselves and outside threats. 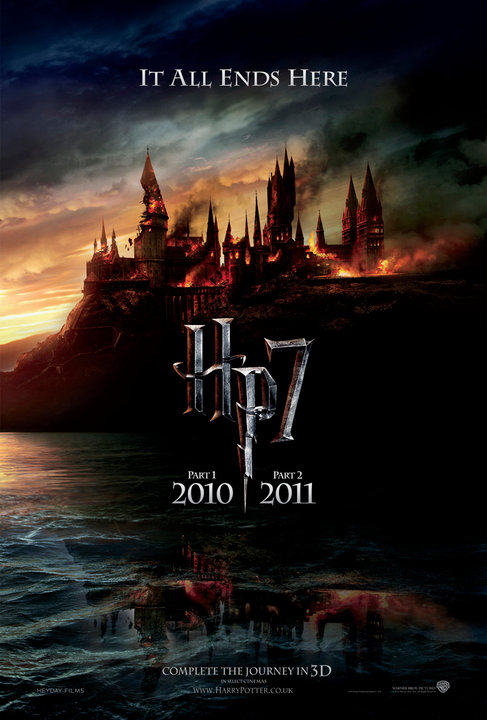 It was interesting to note the absence of characters like professors Dumbledore and McGonagall. Often a source of instruction and guidance, this helped add to the uncertainty of the audience. When these characters were present in the past, there was always a sense of resting easy. While much of the previous movies had been consumed by a deep relationship between Harry and Ron or Harry and Dumbledore, this movie centers directly over the two closest characters in the entire series, Harry and Hermoine. Their relationship has always been a developing theme and this movie shows them relying on each other in new ways which help to move the story forward.

There is one more person to thank as this story approaches its end. David Yates directed the last two Harry Potter movies and also directed this one. He will finish the series in directing the second part of Deathly Hallows. While the series saw many changes, including an actor change (Dumbledore was played by Richard Harris before his death. Michael Gambon began playing the character in the third movie, The Prisoner of Azkaban), the biggest and most important change was in directors. After the worst movie in the series Harry Potter and the Goblet of Fire, Yates came on as the director, turning the entire series around. He gave the movies credibility, a decisive edge that had been missing in the previous movies.

Lucky for Yates, the series is coming to a close. There is no question that the three young wizards are still able to pull off the parts that require them to play characters up to five years younger than them. While they can do it now, chances are their onsetting facial hair would soon place them outside the “high school” of wizards.

There is no mistaking this current Harry Potter movie from the one that premiered nine years ago. What started as an often frightened group of friends can now be described only as a bad ass group of wizards. Each with their own talent, the group kicks ass. An emotional roller coaster, Harry Potter and the Deathly Hallows takes the audience on a wild ride and leaves them salivating awaiting the second part of the two part finale. With the way the movie ended, Potter fans (myself included) are counting the seconds until we get to see how it all ends. Mark your calendars. July 15th, 2011 will bring the most successful movie series of all time to a close in a huge way.