Review: Rihanna Comes Out Of The Shadows In A “Loud” Way

Picture a roller coaster. Instead of racing hundreds of feet into the air and plummeting into uncertainty, you are listening to Rihanna’s highly anticipated album “Loud.” With a really impressive (albeit generic sounding) lead single, “Only Girl In The World,” I was expecting more of the same. Dance themed songs with plenty of energy. While these songs are present, there’s plenty more to listen to here.

Following “Rated R,” Rihanna’s 2009 release, which focused heavily on the abusive relationship between her and and Chris Brown, this album has a positive flair. The songs aren’t dark, but they do maintain a certain level of lyrical sophistication. Some of my least favorite songs on the album are right up front. While “S&M” (the apparent third single), has grown on me, the albums second single “What’s My Name” is annoying from the very first note. Featuring Drake, this song helps me make the case against him as a serious rap artist. A cut and paste performance, paired with lazy production make this song easily forgettable. 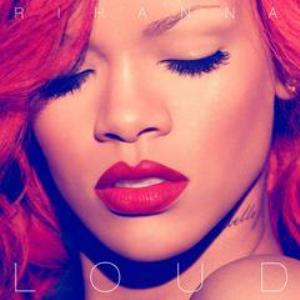 That makes “Loud” 0 for 2 at that point. It does get better. “Cheers (Drink To That)” is easily the best song on the album and is my pick for the fourth single. It samples Avril Lavigne’s ”I’m With You,” and has a laid back style. You’ll be listening to this song at the end of the party while the crowd disperses. Rihanna plus Passion Pit. Weird to even think about isn’t it? That’s essentially what you’ll get out of the albums fourth song “Fading.” With an absolutely stunning vocal performance from Rihanna, the song is littered with high pitch synth similar to the indie rock groups “Sleepyhead.” This makes for another winning combination.

Another incredible vocal performance comes just a few tracks later on “California King Bed.” With a perfect combination of acoustic guitar and piano, the song actually has a sweet rock element. When the chorus hits, you can even hear a faint electric guitar. It almost makes you wonder of Rihanna could pull off a run in the rock world. The guitar solo in the bridge puts the icing on the cake. Reggae jams like “Man Down” remind me of Wyclef Jean and his eclectic style and show off the range of this album.

“Raining Men” is an upbeat duet with Nicki Minaj. The jury is still out on this song. It has its moments (such as an awesome rap run by Minaj) but doesn’t strike me as a standout track. What it does bring to the surface is Rihanna’s inner Beyonce. The chorus of this song is straight out of Beyonce’s wheel house. A musical peak for Rihanna as a singer comes in the intro to “Complicated.” As she belts the chorus, there is no doubt that she’s got the voice to back this entire album up.

With a few throw away songs towards the end, there comes the grand finale. Creating a part two to one of the most successful songs of the year is tricky. “Love The Way You Lie Part II” is a re imagining of the Eminem single. Replacing Eminem’s rap portions are newly written versus by Rihanna. Personally, I wish this is the way the song was originally created. Rihanna’s lyrics help to build anticipation towards the end when Eminem appears with one of his best rants to date. With a slow start, he brings a passionate and fiery flair to help Rihanna wrap up her fifth studio album.