Album of the Month: Cee Lo Green Kills It With “The Lady Killer”

If smash singles build buzz for albums then Cee Lo Green hit the jackpot. With his first album since putting Gnarls Barkley on hiatus, Green took the pop world by storm with his racy single, “Fuck You” (also written as “FU” or “Forget You” depending on the medium). What made this single great was that not only was it a great tune to listen to, it was well written, well produced and a perfect fit for Green’s voice. Looking back over the body of work from Gnarls Barkley, I was always extremely impressed with the singles and much less enthused about the albums. I was anxious to find out if this trend would continue.

After an intro (“The Lady Killer Theme”) that can only be described as weird, Green wastes no time delivering great sounds. “Bright Lights Bigger City” and “Fuck You” help to get things rolling. Both songs are quick, beat driven and the types of songs one would hope to find early on on “The Lady Killer.” This part of the album isn’t what I’m worried about. I was expecting to enjoy the first half. As with many of the singers earlier projects, there is a tendency to front load the album. This wouldn’t of been considered one of those times. 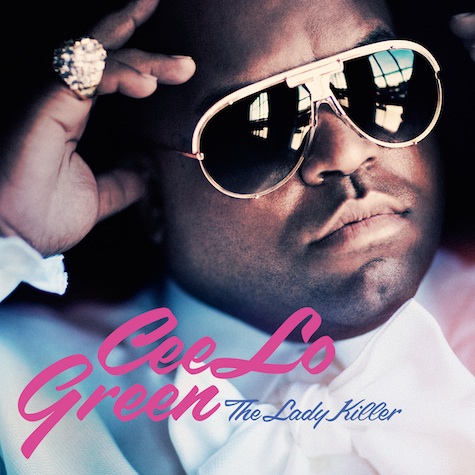 The fourth song on the album, “Wildflower” was the eye opening moment for me. While “Fuck You” is a great song and “Bright Lights Bigger City” certainly rocks, they could have been works of the collaborative Gnarls Barkley as easy as they were Cee Lo Green’s. “Wildflower” is a brand new sound for Green. With a mix of modern production and ’70s style grooves reminicent of Earth, Wind and Fire, this song is a perfect segway into the meat of the album.

Songs like “Bodies” continue this trend away from the traditional Gnarls Barkley sound. A further change here is the positioning of Green’s vocals. While in most cases his vocals are sweetly blended into the overall sound, “Bodies” sees his voice sitting right on top of the listeners head. A truly great recording artist, listeners can hear his entire range during this eery ballad. Unfourtunately the momentum doesn’t last very long. “Love Gun” which features Lauren Bennett from The Paradiso Girls, is a stumbling mess. It never establishes an identity as Green sits in the background performing the backup vocals.

He returns just one track later to redeem himself. “Satisfied” finally brings the tempo back up and has a great back and fourth between him and collection of ’60s style back up singers who harmonize his one liners back to him. You can almost picture them singing and swaying their arms in unison. If you’re from Generation Y and have no idea what I’m talking about, you can simulate this style by watching a movie like “That Thing You Do” to get the whole effect. This is a great song.

To my distaste, some of the middle songs on “The Lady Killer” end up feeling like fillers. The songs aren’t bad. They’re just nothing new. Songs like “I Want You” and “Cry Baby” slip into this mold. If you were listening casually, this could be a slipping point, causing you to hit the skip button. Another troubling (or not so troubling sign, based on perspective) is that each song that has “featuring” in the title is weaker than the song it came before or after. The second of two collaborative efforts is “Fool For You” which features Philip Bailey. The song, similar to “Love Gun” never establishes itself and fades away quick.

The album finally regains a pulse in the home stretch. “It’s Ok” (ironically only the second song with an ‘explicit’ marking) is another fun and upbeat anthem featuring the call and repeat girls from before. In keeping things fresh, the song uses some new sounds and even throws some doo-wop in before the end. “Old Fashioned” and “No One’s Going To Love You” do what the final songs on great albums do. They help to bring the energy down and leave the listener wanting just a little more. These songs accomplish that better than most.

As outros (one of my least favorite occurrences in music) often do, “The Lady Killer Theme (outro)” is filled out by an out of place guitar solo and Green screaming his head off singing “Lady Killer.” Despite it’s redundancy, it is a fitting ending to a roller coaster album. Although it wasn’t always great, there was certainly enough there to warrant a few listens. Even if you just stick around for those five great songs that resonate with you, the album is a great follow up to the fantastic super group that was Gnarls Barkley.