If you don’t live in New York, I guess this headline doesn’t apply to you. Truth is, you probably don’t even know what Cablevision does and why we are so mad at them. Here’s the long and short of this painful story. Cablevision is a cable, internet and phone provider in New York, in the areas surrounding New York City. Although there are alternatives to this service (Verizon, Dish, DirectTV), millions of people subscribe to the media giant. Over the past year, the provider has had massive disputes with various basic cable networks about cost, more specifically, how much Cablevision pays to carry each of these networks. Back in March of this year, ABC pulled itself and its related networks (most notably ESPN) from Cablevision, just hours before the yearly Academy Awards broadcast. They issued this message to viewers of the vacant station:

We regret to inform you that ABC’s parent company has decided to pull WABC-7 off Cablevision, even though we pay them more than $200 million dollars a year for their group of networks 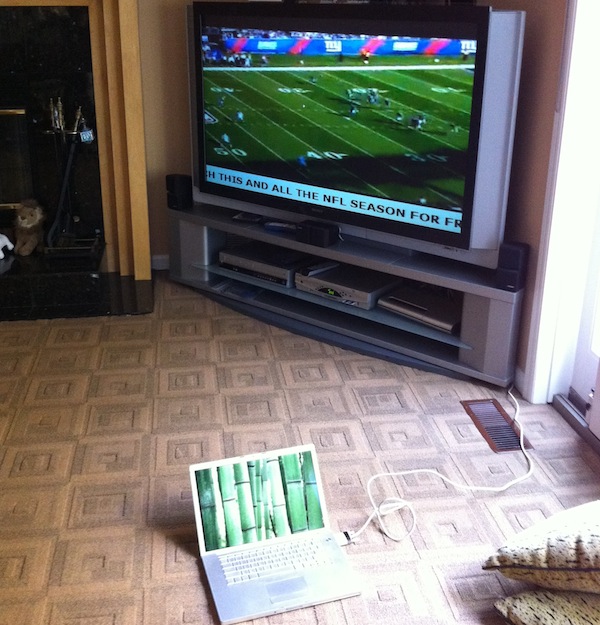 At this point I was living with an open heart about the subject. My planned Oscars party was taking place at someone else’s house and my night was not ruined. Earlier in the year, Cablevision had pulled HGTV and the Food Network because of similar disputes so I knew the drill. Despite these moves interrupting my daily television watching habits, I was still indifferent. The way I saw it, each of these situations had two distinct points of view and both boil down to money. Although it’s disheartening, it is a fact that behind every great sitcom is a network and when the dice fall, it comes down to dollars and cents.

Now we get to the point of my headline, “Cablevision Tearing Friendships Apart.” Early this week, Fox pulled its lineup from Cablevision, not allowing millions of subscribers access to shows such as “House,” “Fringe” and “Bones.” Not being a fan of any of those shows, I moved my attention to Sunday. A traditionalist at heart, my Sunday afternoons are reserved for one thing and one thing only, football. Let the mass chaos ensue.

What happened next was nothing short of crisis. It began with the purchasing of an incorrect TV antenna (the bunny ear style ones), involved overcrowded sports bars and ended with a very odd contraption involving Justin.TV, a DVI cable and Macbook Pro speakers.

This problem not only made watching certain local football games (The New York Giants played at 1:00 PM on Fox) nearly impossible, it drove wedges between friends as we argued about possible solutions. Here’s what this entire rant is all about. When I pay for something in the new world of the internet, I get it. When I click download, my file downloads. When I purchase a live streaming sports package it just works. Television companies are still living in the past and as much as they’ve tried, they still don’t get it. Each time a company like Cablevision doesn’t allow their viewers to watch a favorite show or sporting event, they are chasing customers out the door. As TV viewership heads online and flees from the traditional set top boxes, cable companies need to figure out a new plan and stick to it.

If this continues into the next week, workhorse shows like “Glee” and “Hells Kitchen” will join hot new shows like “Raising Hope” and “Running Wilde” in the discard bin. Residents of New York, New Jersey and Connecticut won’t be able to watch their favorite shows and will have to explore new ways to watch. Moms who don’t know their hula-hoops from their Hulu.com’s might suddenly discover that they don’t need to sit in on their couch. Grandparents might discover that “Wheel Of Fortune” looks just as good on an iPad as it does on their old tube tv.

Here’s to hoping that these companies cut the crap and find a new way to operate before their audience disbands. The question I pose to you is, should we even care what they do anymore? Maybe our contingency plans should become our normal plans.