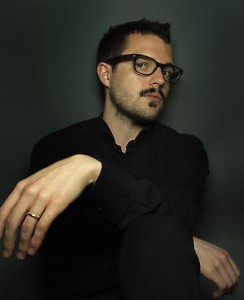 What do you get when you take an iconic lead singer and place him into his own side project? Well you’re left with the same band minus all the members you didn’t care about. There are only a handful of artists out there that can make this statement stand up. Brandon Flowers of The Killers is most definitely one of them.

With The Killers in a hiatus, Flowers hasn’t wasted any time putting together a self titled side project. When the first single was released in June most would be hard pressed to decipher the song from one of the many Killers songs Flowers had written during his tenure with the band. Listening to it time and time again I am still hard pressed to find one key element that makes the sound different from his previous band’s work.

Whether it’s a blessing or a curse, bands like The Killers are formed around the uniqueness of their lead singers. Although many bands could (and have) make it without their frontmen, bands like Panic at the Disco, My Chemical Romance or Sum 41 could never survive. The one element that makes these bands unique lies within the raspy, beautiful, soothing voice of the lead singer giving that one person control over the band’s collective fate.

Now, as Flowers sets to release his solo album entitled “Flamingo,” most fans of The Killers will flock to his side. For all they know, the sound they have grown to love is still there and although Dave Keuning, Mark Stoermer and Ronnie Vannucci Jr. may be just as important to The Killers as Flowers was, few fans of the band will ever stick around to see what side projects these musicians go on to form in the coming months. That said, I am anxiously awaiting the release of “Flamingo” and look forward to hearing what Flowers does without the rest of the band by his side.