The Summer Of Music That Wasn’t

How the mighty have fallen. Last summer, music was dominated by some of the biggest names in pop music. It was a fantastic summer to be a music fan as bands like The Black Eyed Peas, Taylor Swift, Beyonce, Green Day and Eminem, all released and promoted albums over the summer. Usually seen as a huge time of year for the music world, I can’t help but feel that 2010 came up far short of my expectations. These expectations don’t just end with the largest names in pop music. All across the board, from indie to country to electronic, the albums out this summer have left music fans feeling less than satisfied.

Starting on the large scale, this summers big releases included Eminem, Christina Aguilera, Jack Johnson, Gorillaz and Drake. For some reason, that lineup doesn’t seem to stand up against the artist I mentioned earlier who released albums in the summer (and pre-summer) of 2009. I’ll start with my largest disappointment of the summer. Going in, I thought it could work. After spending several years working on “Relapse” would it be possible for Eminem to turn out a second album in just two years. Wow was I wrong. Aside from a few great singles (including the current #1 song on the Billboard Hot 100), the album is a complete mess. With a new producer at ever turn, the album never develops a flow and ends up falling flat on its face.

The rest of the albums are not newsworthy in any way. Artists with established careers such as Jack Johnson and the Gorillaz, came out with albums that fell short of expectations. The albums (which both lacked decent singles) never really developed into huge summer successes the way that albums from Daughtry and the Black Eyed Peas developed last summer. This lackluster feel extends into the indie world as well.

While we celebrated Phoenix and continued to love MGMT’s first album last summer, 2010 didn’t see anything exiting on this circuit. New albums from MGMT and Vampire Weekend were unable to capture any of the good will built up by other indie artists as older albums outperformed newer ones. “Wolfgang Amedeus Phoenix” (Phoenix) and “Oracular Spectacular” (MGMT) continue to chart week after week on the Billboard 200 while “Congratulations” (MGMT) is no where to be found and “Contra” (Vampire Weekend) fades fast, currently at #198 on the Billboard 200. 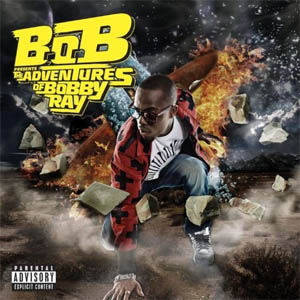 The huge highlights of this summer have come from a new hip/hop star and a veteran rap artist who broke free from his band. B.o.B. emerged onto the scene in the spring of 2010 and has really become the artist to watch this summer. Three charting songs (“Nothing On You” “Airplanes” and “Magic”) as well as huge tour support from artists like the Black Eyed Peas. Travie Mccoy, formerly of Gym Class Heroes, broke onto the scene with one line, sung sweetly by Bruno Mars: “I wanna be a billionaire, so freaken bad…” These two artists became huge instant summer jams as well as other newcomers Taio Cruz and Justin Bieber.

Overall, the summer has missed its wow album. While we were blown away last summer, that big summer moment is yet to happen. Who knows, maybe Usher’s “Versus,” the follow up to his smash single “OMG” will propel things forward. Maybe Taylor Swift’s “Speak Now” will be the album that breaks all of the sales records. Maybe MGMT will shock the world with a surprise single from “Congratulations” and maybe Maroon 5 will return to form and bring us another great contemporary rock album. All of these questions left unanswered, I stand by my initial thought that the summer of 2010 will be remembered as a low point for recorded music.