TAM’s Artist of the Month: July 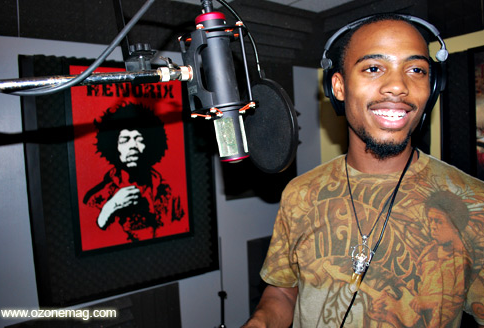 Starting this summer, The Truth About Music will be selecting an artist of the month to be our featured artist. During that month, the performer in question must of done something great. They may have released a brand new album that rocks. They may have a few singles dominating the airwaves or they might just be a band on the verge of hitting it big.

This months artist is one that fits a few of these criteria. Over the past few months, few artists have dominated the music scene the way B.o.B. has. From his debut single “Nothin On You” which was released in February and reached #1 on the Billboard Hot 100 to his current success as a cross genre performer, B.o.B. has done everything in his power to reach the big time.

In the month of July, we have seen the artists debut album “B.o.B. Presents: The Adventures of Bobby Ray” climb on the charts peaking at #1 on the coveted Billboard 200 as well as the Billboard Rap and Hip-Hop charts. Furthermore, he is currently promoting three different singles. As “Nothin On You” continues to receive moderate airplay, “Airplanes” and “Magic” have both begun their climb up the charts. 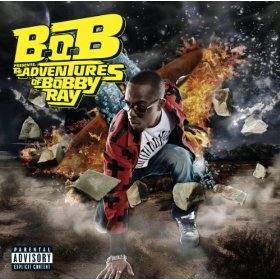 What makes B.o.B. such a great artist was his ability to breakthrough as a solo artist. Where other rappers of his stature have first been featured on other songs by other artists, B.o.B.’s first single was just him and the then unknown Bruno Mars. It wasn’t until his second and third singles that we saw appearances by big name stars Haley Williams (Paramore) and Rivers Cuomo (Weezer).

These songs have really taken B.o.B. to a whole new level. He has made his image into a rap artist that embraces alternative rock and pop rock and will likely see success in these genres. As the summer continues to roll along, B.o.B. will likely see continued success as he continues touring with the likes of the Black Eyed Peas and Jason Derulo. His back story is great and there is nothing standing in the way of this southern based rapper becoming musics next superstar.