Review: Did Eminem’s “Recovery” Satisfy As A Follow Up To “Relapse?” 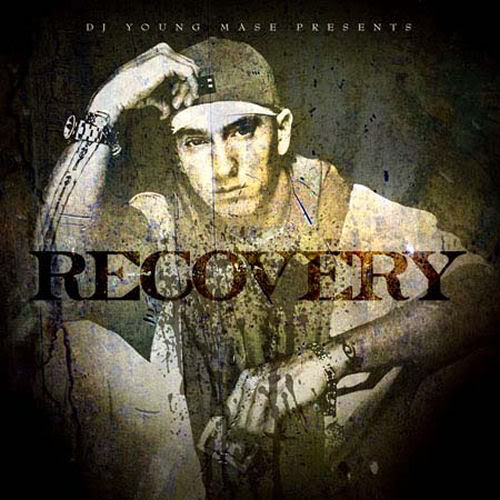 Eminem has been on a wild ride of late. After a long hiatus, Eminem came back last summer with the highly anticipated album “Relapse.” After reaching #1 on the Billboard 200, Eminem saw his singles falter, falling far short of expectations. Despite the lack of huge single support, the album was never a commercial success but was adored by die hard fans. Now, just one year later he’s back with an album that he denied he had ever recorded.

“Recovery” opens in a very awkward fashion. With bagpipes (similar to those in “Bagpipes From Baghdad” on “Relapse”) blaring, the song finally breaks into a normal beat after about thirty seconds. After the odd opening, the song actually turns it around and presents the classic rapper that we all love listening to. One of the more angry songs I’ve heard from him, the chorus really works and “Cold Wind Blows” actually left me interested in hearing the rest of this album.

Track two features an artist named Kobe who sounds like a replica of Timbaland. For this case we’ll assume that Eminem wanted the Timbaland sound without spending Timbaland money. Regardless of the sound alike, the song works as the chorus really carries this one through. What’s really unfortunate about this album is the lack of original sounding music on “Recovery.” By the time you reach the fourth song on the album, the album is already a blur.

Even Pink is unable to bring original energy to “Won’t Back Down” as it falls flat. Even one of the best songs on the albums first half feels like a cut and paste job from “Relapse.” “Going Through Changes” is a smart song that features the Ozzy Osbourne classic “Changes.” What makes this song feel fake is the similarity to “Beautiful” which features “Reaching Out,” a song recorded by Queen and Paul Rodgers. It feels nearly identical and when all is said it done, it’s just another song that samples a classic rock chorus.

Eminem’s greatest lyrical moment on the album comes around the halfway mark. “Seduction” is an emotionally deep song featuring some of the best lyrical runs we’ve seen since his early days on the “Marshall Mathers LP.” It takes a long time to reach another song that stands out. “25 To Life” features an uncredited female vocalist who brings a certain flair to the song. The cameo reminds me of Bruno Mars on recent singles by B.o.B. and Travie McCoy.

Not even Dr. Dre was capable of saving this sinking ship. His production on “So Bad” is minimal and didn’t blow me away like his amazing work on “Relapse.” After a five year break in between “Curtain Call” and “Relapse” the feeling for me is that this album was rushed. It features a number of different producers (“Relapse” was almost exclusively Dr. Dre) and the inconsistency and lack of original sounding music makes this an easily forgettable album. Give it a listen and let me know what you think!!