Against Me! Stick To Their Roots On “White Crosses” 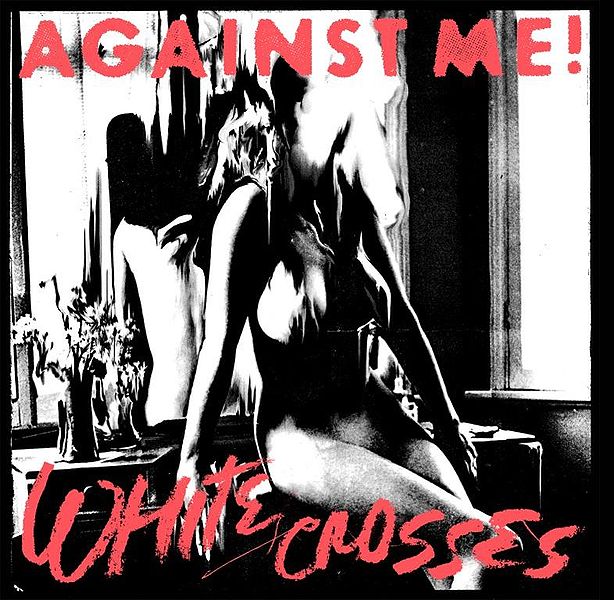 When a band like Against Me! signs to a major label, the scene they were apart of prior to the new musical home collectively holds its breath while assuming said band will jump the shark and give into the demands of radio obsessed suits, who will change the band’s sound. When they jumped from Fat Wreck Chords people slashed their tires and spray painted their van.

On their second record on a major, “White Crosses” Against Me! Still seems to be the same old band that dudes who wear ironic shirts and grow beards love. With their typically apocalyptic lyrics of anarchism coupled with a further financial meltdown looming, the band continues to keep the same post punk style they’ve been working on for a few records now.

“Rapid Decompression” sounds like it was straight off a Dropkick Murphy’s album with the snarky styled gang vocals with fast and aggressive drumming that even a casual punk fan could enjoy. “White Crosses” gives the listener a slight case of musical confusion when moments in the music scream pure American punk right out of the Social Distortion textbook, while other riffs give the informed listener the impression that singer Tom Gabel had been listening to a lot of Clash while working on the new record.

“Suffocation” is a decent song with cool guitar work but nothing special. It’s still punk, but very rock and roll. “White crosses” has got attitude but I don’t know how much of it a casual listener could honestly buy into. Everything is there on paper but nothing really moves the listener. 2010 has birthed more than a handful of great pieces of music from bands with solid careers and are only going further into the stratosphere, “White Lines” isn’t one of those records, it’s more grey than it is black.

Unless you’ve got an AM! Tattoo and live and die by their music, the chances of this blowing your mind are pretty slim. Against Me isn’t a band that have middle-of-the-road fans. People either love them or hate them.