After a hugely successful single and a few years dominating in the United Kingdom, hip-hop artist Taio Cruz has finally debuted in the United States. Out in the U.K. since October of 2009, “Rokstarr” came out today with a ton of anticipation building in the tank. Similar to the runs of Jason Derulo and Drake, the success of these artists’ first singles brought them intense pressure to succeed with a debut album. 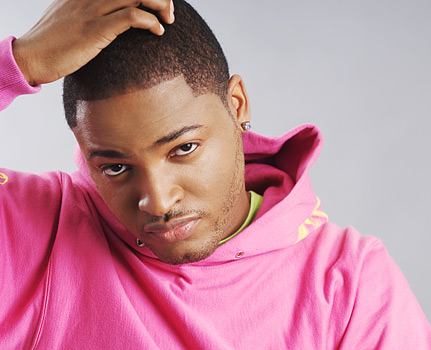 Third up on “Rokstarr” is “Dirty Picture,” which features everyone’s flavor of the week Ke$ha. With two songs dominating the charts (“Your Love Is My Drug” and “Tik Tok”) she has taken a lot of the hype away from female rival Lady Gaga. Her appearance on this album is a weird one. It works in the sense that it is a decent enough song but it doesn’t seem to fit either of their styles. While both of them rap and sing, there is an intense techno style beat that never gets through to me. This is the type of song that will likely grow on the listener with each play.

Right off the bat, “Take Me Back” is a fantastic song. With a throwback style, the songs racing synth lines and over-the-top production style really work well for Cruz. The hook in the chorus is perfect, as is the bridge that builds up the excitement level just before it hits. A sentimental ballad follows and certainly lowers the energy level considerably. For me, this type of song didn’t work for Cruz. His energetic style didn’t seem to allow for a soft side.

At this juncture that album really began to fade away, as many mediocre albums do. There is a run of songs that are simply average or repetitive with a few minor exceptions. “No Other One” was the second single released in the U.K. Although it never caught on overseas I could see this song growing a following in the U.S. with our recent obsession with club style tracks.

The only way to describe the second half of the album is boring. Unlike Cruz’s hit single and parts of the first half of “Rokstarr,” the second half of the album brings nothing special to the table. Instead it is track after track of songs that seem to all bleed together and sound the same. Overall I would say this album is not very good at all. Despite the kicking single and a few other highlights, Cruz failed to do what Drake and Derulo did in their debut albums.