America’s Pop Stars: Diluting Abilities To Fit In A Box

It hit me a few weeks ago. Driving around listening to the radio I heard two songs that peaked my interest and made me think about the world of music we live in. The two songs were “Ain’t Myself Tonight” by Christina Aguilera and “O.M.G.” by Usher. If we look back to just six years ago, these two stars were at the top of the music world. They didn’t get there with cheap catchy songs. Instead, these two artists were simply great singers.

Both of these artists have amazing voices and flexed them in the studio and in live settings. They didn’t have to be crazy in order to get recognized. They could just pick up a microphone and hit all of the notes. One of my favorite examples of this is anytime Aguilera performs her song “Beautiful” live. She has the ability to belt on the song and can stand in one place and bring the crowd to their knees with her voice. In fact, the 43rd Grammy Awards featured her singing the song covered in fog sitting on the stage.

Usher has that type of power too. With an amazing voice, he bridged the gap between rhythm and blues and hip-hop like no other artist has done since the late Michael Jackson. His performances of songs like “Burn” and “U Got It Bad” are legendary and what makes these songs great above all else is his ability to flat out sing.

I discussed two of these artists new songs a few paragraphs ago and now you’re wondering what has changed. These songs are not bad songs. In fact, both of these songs have grown on my a lot since first hearing them. What has changed is the attitude of these pop stars. Although they went about it differently, both have ended up in the same place. Instead of doing what they do great (sing), these artists have tried to cram their styles inside someone else’s box.

Aguilera obviously saw the attention that artists like Lady Gaga, Ke$ha and even Britney Spears were getting by being absolutely rediculous in their music videos and decided to jump on board. Furthermore, the genre which Gaga essentially created (I call it Party Rock), is very hard to pull off. Aguilera created a new song thats sole intention was to make her appealing to Gaga’s huge fan base. She could of done what she knows how to do. Instead, she followed a trend and ended up changing her entire persona as an artist. 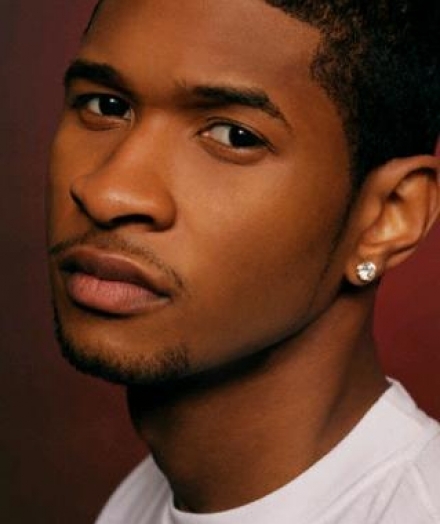 Usher took a slightly different route. Although he didn’t change his style, he moved his music into a new genre. Using the incredible success of the Black Eyed Peas 2009 album “The E.N.D.” Usher teamed with Will.I.Am to create a new sound. A sound in which Usher doesn’t show his vocal abilities in the least. This change worked for the Black Eyed Peas because they went for it, changed their genre and fully committed to this change. Their vocals were never the basis of their success. Songwriting was always key for them and therefore, a switch to an intentionally autotuned record made a lot of sense. Able to stand on his voice alone, Usher didn’t need to make this change. What he left us with is a carbon copy electronic club song that sounds a lot more like Will.I.Am. than Usher.

There is something to be said about a changing sound. I’m a big believer in bands and their ability to adapt to what’s current in music. The problem is that I’m completely against this concept when it changes the artists sound and style. Great singers don’t need to fit inside a box. As has always been the trend, the great singers don’t change for the sake of change. they do what they do best. They sing. Someone needs to remind Usher and Aguilera that their abilities as pop stars lie in their incredible voices and not in their abilities to fit inside a square box.