Harris’ Song of the Week: “Kids In Love” by Mayday Parade 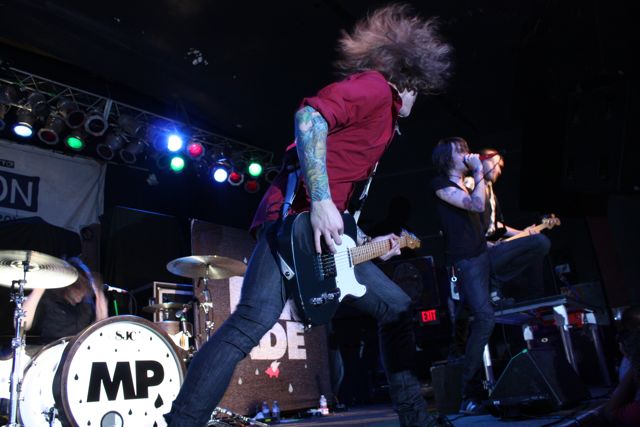 One of the most energetic live bands of all time, Mayday Parade have been around since 2005 and went the first five years of their existence without a big radio single. That trend may have just changed. Over the past few weeks the second single from their 2009 release “Anywhere But Here” started making its way around. Now I’m here to tell you it could be a game changing song this summer.

Fitting right in alongside other radio veterans such as We The Kings and All Time Low, Mayday Parade have an energy in their music that is unmatched. What makes this weeks song of the week special is not only the incredible hook in the chorus, but the message inside of it. It is the perfect summer anthem for a wide range of age groups. Opening with a huge drum beat, a steady guitar is eventually joined by Derek Sanders vocals.

This song stands on its songwriting. The vocals are just ok, the guitar is nothing special and the rhythm section is just there. The actual songwriting is what could blow this band up this summer and “Kids In Love” will be the single that puts them over the top.