Ke$ha Provides The Performance Of The Weak

On her Blog, Music Is My Forte, she writes about concerts and music industry happenings. You can follow her on Twitter at @keeganforte.

Up until this point I’ve put nothing but positivity forth in my writing. Today, that all changes.

Don’t get me wrong, I get Ke$ha, I like Ke$ha (in moderation) and I absolutely see why she has such public appeal/industry appeal. BUT, what I didn’t get: her two performances on Saturday Night Live.

I sat yesterday and watched with my stomach in knots and my eyes wide with severe secondary embarrassment. I had to repeat to myself over and over “Keegan, there is no reason for you to be this embarrassed, she has no clue who you are.” Yet, I couldn’t shake the feeling.

She started out by slowing down the opening of her song (very GaGa of her) and sounded great. Even though her face screamed “nervous” she had an almost Alanis Morissette sound to her voice that I loved and wish she’d ran with the whole time. She soon burst into “TiK-ToK” with her usual whiney/spoken word style and lyrics about boozing, vomiting and the like and the madness began. In a skin-tight pleather unitard, combat boots and a cape displaying the American flag, she clumsily strut her stuff around the stage – two words: the robot. Even worse were that her back up dancers, rarely in sync with each other, seemed as though they couldn’t see a damn thing … well, they were wearing giant astronaut helmets that made them look like bobble heads. 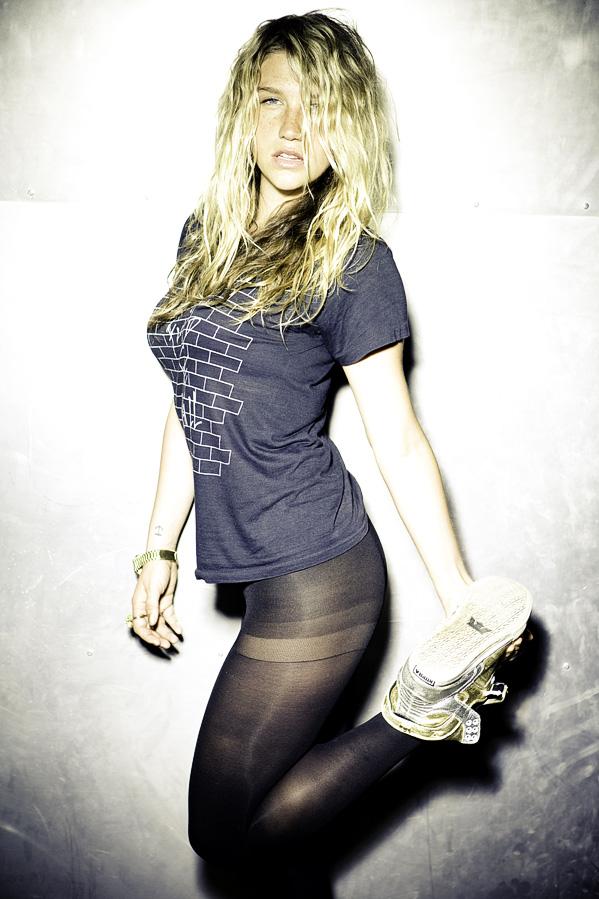 I felt as though I was watching Blake Lively do a parody and the real Ke$ha would pop out at any time to do her thing … no such luck.

As this awful episode (and I’m a HUGE SNL fan) dragged on, I found myself getting anxious for her second performance. I like the song “Your Love Is My Drug,” although the chorus sounds eerily familiar, hellllooo “Waking Up In Vegas” by Katy Perry. I thought that maybe after getting her first song out of the way, she’d calm her nerves and come out with a bang … again, no such luck.

Now, with neon black-light paint covering her body and a very oddly misplaced laser light performance, I came to the conclusion that she thought it would look much cooler to the audience then the final product actually did. As she knelt on the floor, gyrating like an Animal (pun intended), she signed off with a not-so-sexy completely creepy, hesitant and un-sexy, “it’s Saturday night, you wanna make out?” I’m surprised no one in the room screamed out “hell no!”

For those Ke$ha fans who may completely dislike me now here’s a good thing: I do applaud her for actually singing. I’ve been skeptical of artists like this on SNL ever since the A-Simpson catastrophe. All I’m saying is, really? Did anyone think it was good?

Keegan Forte I want you to leave here everyday with a good sound in your ears with something new to listen to, a song that defines your day or week or life, a quote that will get you by and, of course, a desire to come back for more. As it says in Time Out New York’s book “1,000 Songs To Change Your Life:” “Music is everywhere we turn, unavoidable and inescapable. It provides a soundtrack for adolescence and adulthood, Saturday nights and Sunday mornings, relationships and break-ups, lives and deaths. Its simple ubiquity makes it the cultural air that we breathe.” …see full bio