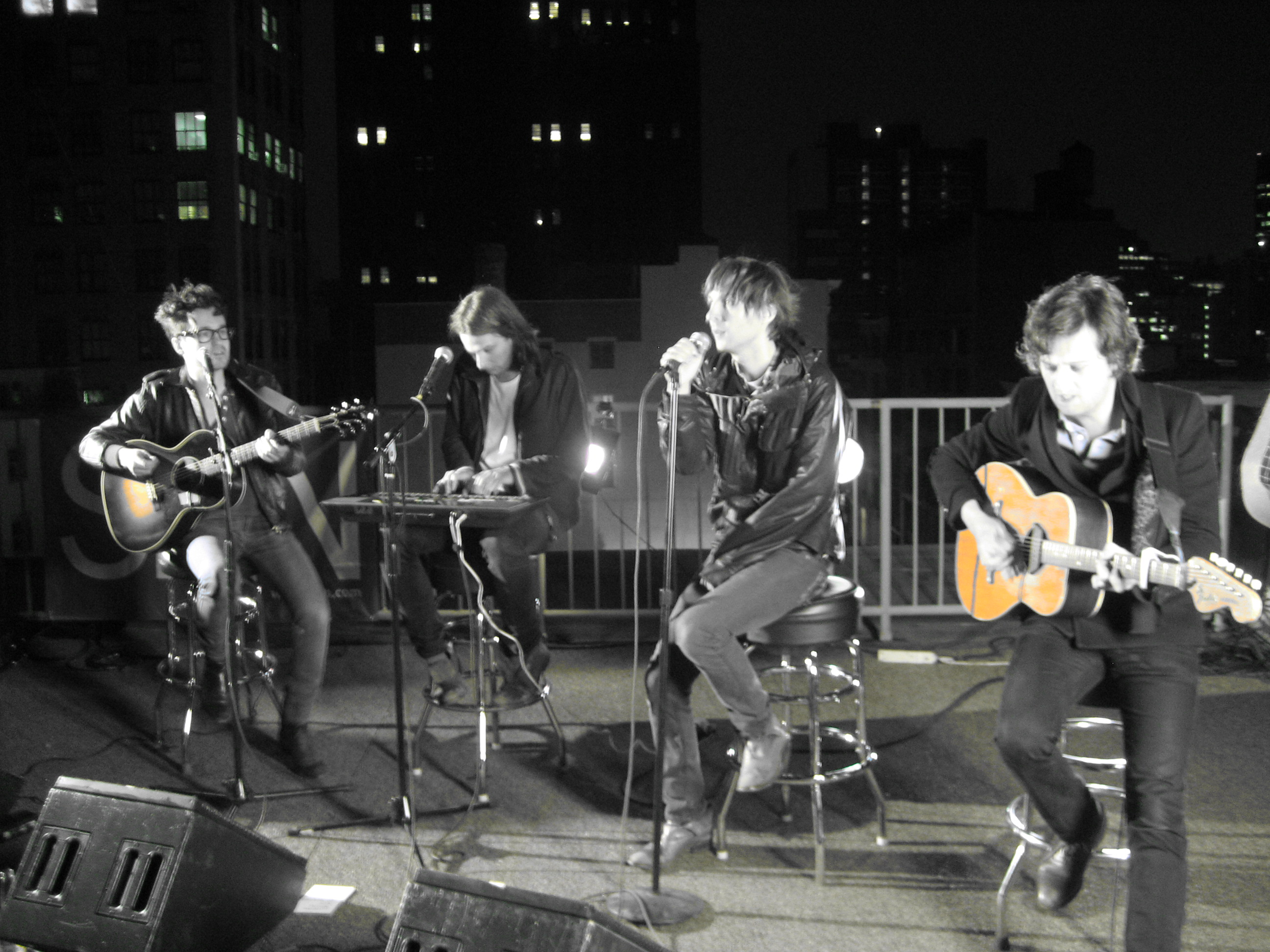 Glassnote Records was kind enough to invite my sister and I to SPIN Magazine’s 25th Anniversary party. Not only was it held on the rooftop of their offices but Phoenix performed a 4 song acoustic set … no big deal. Leading off with “Lizstomania” into “Armistice” followed by “Rome,” the french foursome topped it off with their unstoppable “1901.”

A little rain never hurt nobody … as Glassnote staff ran to the instruments’ rescue with teeny umbrellas, the boys played on and the attendees barely even took notice as all eyes and ears were fixed on Phoenix. With the New York City skyline behind them, a roomful of music heads, magazine buffs, heavy drinkers and even a bull dog named Thompson, you couldn’t have painted a better picture as to what my heaven must be like.

Although it’s not the best quality, I managed to record “1901″ in its entirety. It really gets me when they count off … “un, deux, un, deux, trois, quatre” and even more so at the end modestly thanking the crowd with a “merci beaucoup.” But no, thank YOU Thomas, Deck, Christian and Laurent, for doing what you do and making me such a huge fan.

Enjoy! Check back Tuesday for my regular column.