The NCAA Tournament now over and Major League Baseball filling the air with summer, it’s time to take a look at what the first week of April has to offer the music world. In a week that doesn’t see many major releases, one stands out above the rest. Slash will debut his solo project, leaving Velvet Revolver as a fading memory. The famed Guns and Roses guitarist was incredible as a part of that super group and I hope that his self titled debut is more of the same. Screeching chords, fast solos and driving beats could make this aging artist relevant once more.

Next up is the sixth studio album from indie rockers Dr. Dog. The Philadelphia based group has seen marginal success outside the indie circuit and in recent years have become one of the top performing indie bands on mainstream charts. Personally, Dr. Dog isn’t my particular brand of tea. They have a psychedelic rock style that never garnered my interest. Regardless, the release is likely to draw some attention and make Brooklyn’s tight pant wearing population weak at the knees. 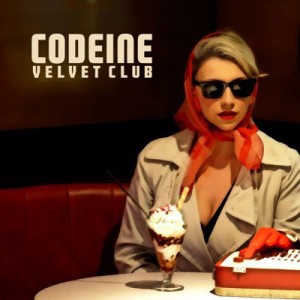 Also out this week is the American debut for Scotland’s Codeine Velvet Club. With an infectious sound found in many bands from the region, Velvet Club have a huge sound and are led by Fratellis frontman Jon Lawler. The album was produced by the same person who brought us The Fratellis debut “Costello Music” and I will be looking for a similar sound from this self titled album which has been out in the UK since December of 2009.

With much busier weeks to follow, this one might be the calm before the spring storm of music. With MGMT, Coheed and Cambria, Kate Nash and Ozomatli releasing new albums in April, this looks to be a fun month for music. For this week, the album I’m most excited to pick up is Codeine Velvet Club so that’s my recommendation for your Tuesday trip to the record store.