“Hey Kids! Come here and look at this.” Should this be the one thing you want your children to hear when you take them to the “Greatest Show on Earth”? I didn’t think so. This phrase reminds me of a scene that might happen if I was to take my kids down the sketchiest street in the world.

A few weeks ago while I was home on spring break, I went downtown with a couple of my friends. We rode the metro with full intentions on going museum hopping all day (which was the perfect cure after going bar hopping the night before on St. Patty’s). While flipping through the newspapers waiting for our Chinatown stop, one friend saw in an advertisement for Zing Zang Zoom!, a show by Ringling Brothers Barnum & Bailey Circus.

We got off the train and bolted to buy cheap seats from the Verizon Center. The ticket booth is within our grasps and to our surprise they announce that tickets are special half price from the VIP seats to the cheap seats (we were intending to buy), so we bought VIP seats for $25. A few hours pass and we make our walk to the first row VIP seats. A decision was made that we could probably use some time to just sit and relax. But there was one thing that kept us away from enjoying the show.

Much like any other circus production there are always politics involved. Low and behold the animal activists group, PETA held a loud protest directly outside of the stadium. They also drove a large van around the stadium with the words “Ringling Beats Elephants” printed on the side with an elephant in the cage. On the back there was also the phrase “Shackled Lonely Beaten.” 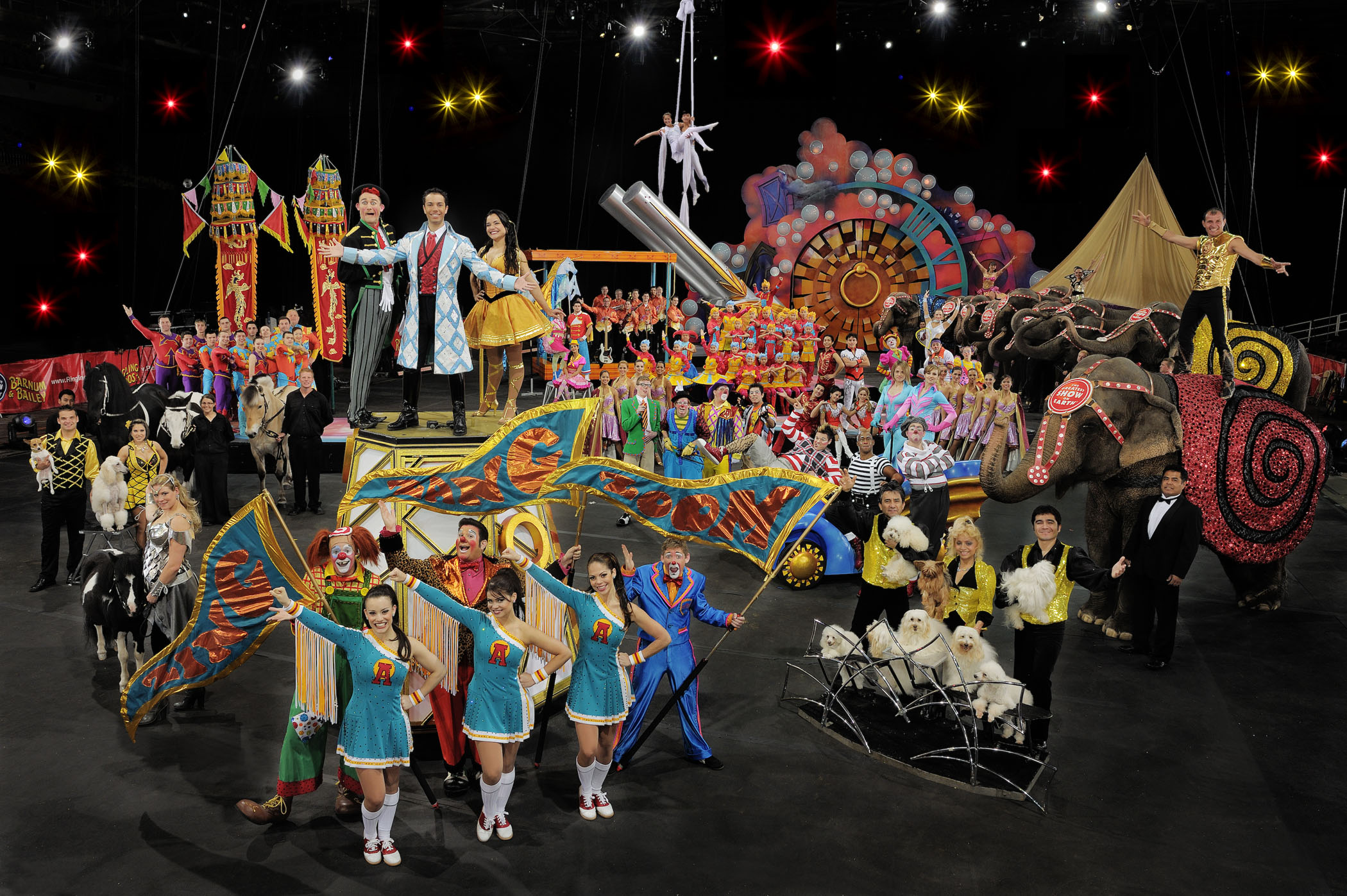 It seems a bit contradictory if you ask me. Ringling should pair up with a company similar to the World Wildlife Fund. But if they have something to hide then why not do it from the comfort of a cover up like CEC.

Following the show, PETA kept up with the melodrama and protest. The group had a silent candlelight vigil with a giant banner stating something to the effect of mourning the death of all past and future elephant deaths due to Ringling. They were also handing out pamphlets featuring photographs of abused animals and giving them to children. What sort of nerve does the PETA organization have to predict future deaths?

What sort of nerve do they also have to hand photographs of beaten elephants to the innocent minds of children? If they are in the business of the ethical treatment of animals shouldn’t they be more positive or maybe even have a small amount of public decency? After all, this is a family production.

Is the Ringling Brothers Circus really just harmless and the interpretations of these political groups just overreactions? Or is there some substantial proof that these allegations being made are true and should action be taken? Regardless, it is my view that endangered animals of any kind should be protected and treated correctly. Even though Ringling Brothers do put on a great show, if they abuse their animals, there should be punishments.

But do not take that as I am a liberal vegan who supports PETA. I support their mission and vision but their actions are uncalled for and inappropriate in a family session such as this. So I leave it to you, the reader to make the final decision. Who do you believe?