Harris’ Song of the Week: Polaroids and Red Wine by Jaguar Love 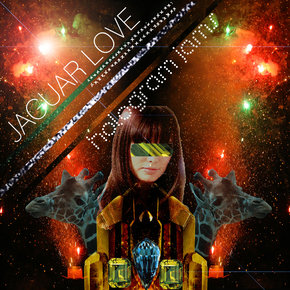 As you all know, I came home from Austin and South By Southwest with a few bands of note. My favorite one was Jaguar Love. Their live sound was a catchy blend of melody and hooks. As far as electro-pop bands go this band nails the hook better than any other. This weeks song of the week demonstrates their ability to find the hook and exploit it. Although my favorite song by the group is “Up All Night,” this song is special on another level.

One of these two songs will be featured on a commercial in the next year and that could rocket this band to a new level. The classic sound of Johnny Whitney’s voice on the album is so smooth, described perfectly by Paul Lester of the UK’s Guardian as “Robert Plant on steroids, or Perry Farrell after a sex change.” There are so many ways to describe this bands sound but it all boils down to great electro-pop with the best hooks this side of Michael Jackson.