The Law Rocking Jams From Scottland 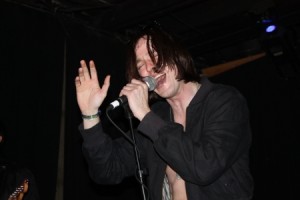 My very first show at South By Southwest came from a casual stumble into a dimly lit, empty bar in Austin. From across the street I heard a great melody and it drew me in. The Law are a four piece rock band from Scottland with a knack for perfect pop harmonization. The lead singer has a great grungy rock voice and the songs are put together in a style that would draw comparison to The Fratellis. Three of four members sing and this bands song writing could garner them some attention. Even as I sit here, the crowd had grown from five to forty in about three songs. Check back for pictures later tonight. Check out video of The Law performing live at SXSW below the fold.