Harris’ Song of the Week: Hallucinations by Angels and Airwaves 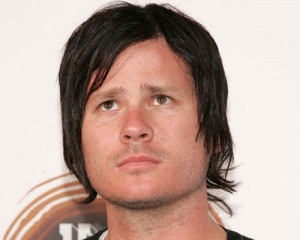 After giving out their entire album, “LOVE” for free on Valentines Day, I was surprised to see a radio single hit the airwaves a few days later. Often times, artists record free albums just for fun, with little backing from anyone above them on the food chain. It really is a good thing that this song broke through.

For the first time since Angels and Airwaves united a few months after the initial breakup of Blink 182, they have broken through with a single that is worthy of praise. “Hallucinations” is a fantastic song in which Tom Delonge is front and center (as he should be). With a long intro, the song is dark, reminiscent of Blink 182′s final self titled album. It is interesting that it took the reuniting of Blink 182 for anyone to take notice of either side project.

The hook in this song is intense and has the potential to make us care about Angels and Airwaves similar to the way “When Your Heart Stops Beating” gave us a reason to listen to +44 (if only for that one song). From what I’ve heard, the album “LOVE” is pretty solid and after a single like this, I might have reason enough to give it a full listen in the coming weeks.