Bands To Look Out For: Two Door Cinema Club 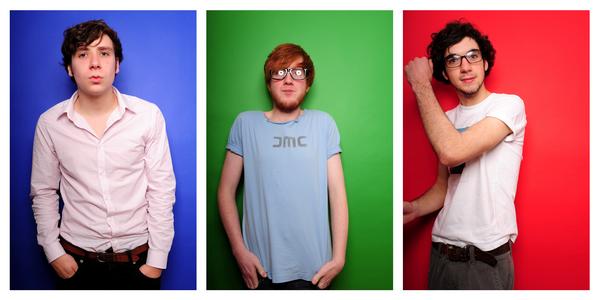 Keegan Forte is blogger from New York City. On her Blog, Music Is My Forte, she writes about concerts and music industry happenings. You can follow her on Twitter at @keeganforte.

From the powerhouse music family who brings you alt rock/indie bands like Mumford & Sons, The Temper Trap and Grammy winning, chart-topping phenomenon Phoenix; Glassnote Entertainment Group have presented their newest baby, Two Door Cinema Club. The trio of insanely talented rockers is made up of Alex Trimble [vocals/guitar], Kevin Baird [bassist] and Sam Halliday [guitarist] who, instead of signing on a fourth member to sit with the sticks, use a computer to generate mouthwatering background beats.

I recently asked Daniel Glass, Founder and CEO of Glassnote, about the band and he said to me with sheer confidence: “From the first time we heard Two Door Cinema Club we fell in love with their music. They are young, rocking, up beat, vibrant and fun.

We are proud that the first dates of their North American tour are with Phoenix. They are an amazing love band with a great future ahead of them.” I soon found myself falling pretty hard.

Press the play button on any one of these fellas’ songs and something happens inside you. Something good. An instant rush of familiarity runs through your body as though these songs and the words pouring out of them have been a part of you for years. At the same time, you grasp strongly onto the band’s uniqueness, each song sounding different then the next sucking you in and leaving your ears ringing for more.

Two Door Cinema Club’s debut single, “Something Good Can Come” is a surefire crowd pleaser and one of my favorites. The song features chill electric guitar riffs, a faster paced acoustic guitar, a background beat that gets your toe tapping and soothing lead vocals. I was immediately hooked. Its like they took everything good there is about music, put it in a blender and poured you a glass full of perfection.

The band’s raw talent shines through track after track and you can feel the emotion put forth by each member. Two Door Cinema Club receives two incredibly enthusiastic thumbs way up from me and I know that we’ll be seeing (and hearing) nothing but pure awesomeness from them in the months to come.

Cheers to Glassnote for a stellar decision and a huge thanks to you, boys, for giving my ears a clean breath of fresh sound waves.

Other songs to check out by Two Door Cinema Club: “Do You Want It All,” “This Is The Life” and “I Can Talk.” And keep an ear out for their debut album (will update you on release date), which according to the people at Glassnote “fizzes with invention and sparkling tunes.” Can’t wait!

Keegan Forte I want you to leave here everyday with a good sound in your ears with something new to listen to, a song that defines your day or week or life, a quote that will get you by and, of course, a desire to come back for more. As it says in Time Out New York’s book “1,000 Songs To Change Your Life:” “Music is everywhere we turn, unavoidable and inescapable. It provides a soundtrack for adolescence and adulthood, Saturday nights and Sunday mornings, relationships and break-ups, lives and deaths. Its simple ubiquity makes it the cultural air that we breathe.” …see full bio