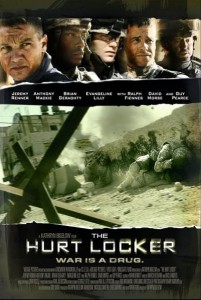 Since the nominees were announced there has been discussion of the battle between David and Goliath. On one side, we have the huge budget, huge box office hit “Avatar.” Directed by James Cameron, “Avatar” was a technical achievement unlike any other. The other side of the coin is represented by “The Hurt Locker.” Starring Jeremy Renner and directed by Cameron’s former wife Katheryn Bigelow, this movie saw only limited release but was a perfect movie.

What makes this race interesting is the concessions made. “Avatar” is flashy. The special effects, makeup, costumes and visual elements are second to none. It’s massive technical and directoral achievements are overshadowed by a complete lack of a story (or one that most people would care about). “Hurt Locker” on the other hand is straight acting. There are almost no effects and the movie rests on your relationship (as an audience) with the characters.

In order for a movie to win Best Picture at the Oscars it must have great acting and a story that makes the audience think and react. The way I see it, movies have won Best Picture without huge technical effects (“Forrest Gump,” “American Beauty,” and “No Country For Old Men”). No movie has ever won in which the story and acting is bad. “The Hurt Locker” is the Best Picture of the year. A win by “Avatar” would further the problem with the Oscars, handing the award to the more popular movie and not the best movie.