Outlook to the Academy Awards: The Race for Best Director 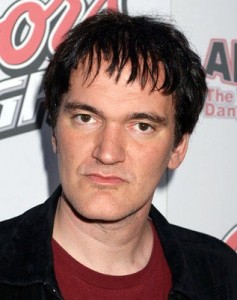 This years award for Best Director at the Academy Awards will surely go to the most worthy director out there. There are five nominees and all of them deserve to win. Among the more interesting nominees are Kathryn Bigelow (“Hurt Locker“) and her former husband James Cameron (“Avatar“). Also nominated is Hollywood icon Quentin Tarantino (“Inglourious Basterds“), Lee Daniels (“Precious“) and Jason Reitman (“Up In The Air“).

This is one of the strongest fields this category has ever had. In a perfect world I would love the race to come down to Reitman and Tarantino. My gut is telling me that Cameron will win for the magical world he created in “Avatar.” The dark horse in the race is certainly Kathryn Bigelow. “Hurt Locker” is a fantastic movie. What no one knows is how much weight will be put on the director for that movie.

Tarantino has never won an Academy Award for Best Director and having had one of the most successful careers among directors, he deserves the award for this movie. It will most likely come down to him and Cameron battling it out, with the winner being the Director who had more of an impact on his movie. The fact that both Directors also wrote their respective movies is also interesting.

In the end I’m going against my gut feeling and giving the award to Tarantino.