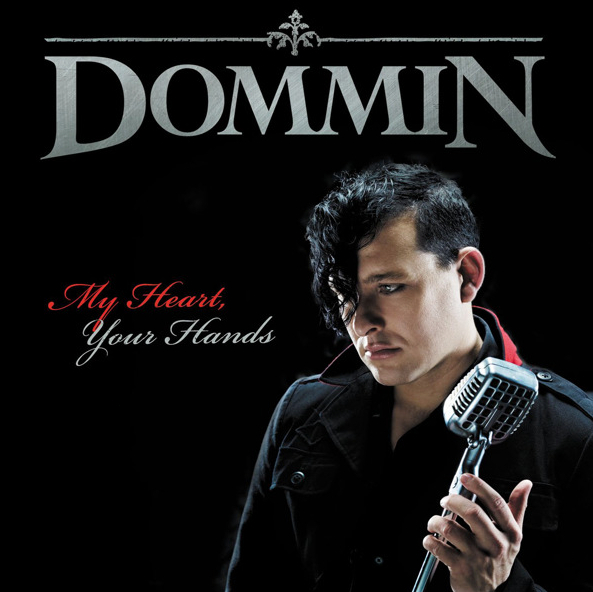 Classified as rock and sporting a lead singer that looks like he belongs in a gothic remake of “Phantom of the Opera” Dommin hails from Los Angeles, CA and is this weeks free single of the week. Giving a sound that mixes the musical qualities of Shinedown and the vocal performance of Chris Cornell, Dommin lives up to the image they portray.

The song itself is an epic gothic rock anthem called “My Heart, Your Hands.” With everything from chimes to synth, this songs production is drummed up to the max. With the right backing, this song could see some movement on charts although the bands image will surely hinder the cause. Bands like this have become a dime a dozen over the past few years as Shinedown, Flyleaf, Theory of a Deadman and even Nickelback have emerged as mainstays on the pop stage.

Is there room for more of them? Sure. Is this band one that can hang with these guys? Based on this single I’ll have to say no. There just isn’t eneough in there to hook me in as a listener. Someone let me know if lead singer Kristofer Dommin and the band decide to record “Phantom of the Opera” in its entirety at some point soon!!