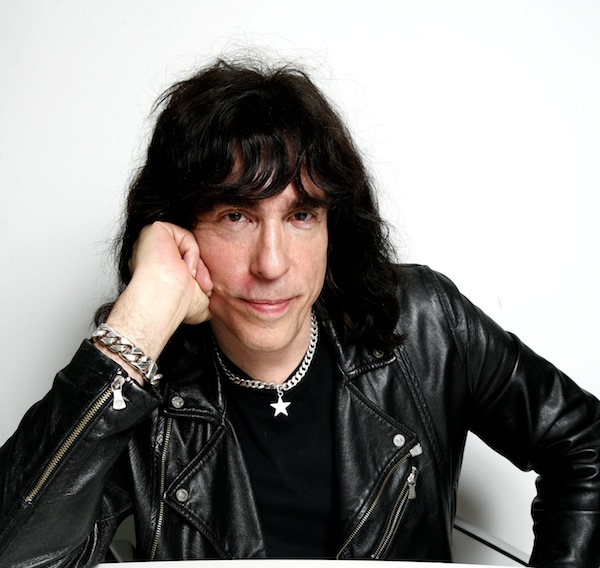 Close your eyes. Picture what a typical punk rocker from the 1970’s would look like. Walking down the stairs at Mohegan Sun, the walls covered in sharpie from hundreds of bands I arrived at Marky Ramones dressing room. Unlike the dressing rooms of old, this room was not covered in posters, booze and drugs. Instead, there were cold cuts on the table and drum sticks on the counter. As the door opened I was greeted by the towering figure and former drummer of The Ramones.

Sitting down was like being frozen in time. As soon as Ramone started talking it was like sitting in the drivers seat of punk rock history. For the purposes of our short time together, we focused more on the present day rather than on days of old. Discussions of the new music were intertwined with some vague memories of CBGB’s. Once a great New York City landmark, Ramone summed it up with:

I feel like it’s the end of an era. I feel like bands should create their own scene and get their own club, like a CBGB’s, not have to depend on a club that’s been around for thirty or forty years. Start your new CBGB’s because then you’ll get more attention in your own scene. New bands have to start something new and fresh, to be related to something old like that is ok, but it’s always better to have something new that you helped create within your own scene.

This was an amazing look into Ramones mind. Expecting a more tearful and sentimental response, Ramone looked me right in the eyes and delivered that speech. It was amazing to hear the pride in his voice as we discussed CBGB’s. He described it like a distant memory, something that he once loved but new he must move on from. His outlook for the future of music was simply perfect.

As he sipped his tea, never loosing focus, we moved on, discussing his radio show on Siruius/XM and his newly found success with The Blitzkrieg. The band performs a selection of thirty-two Ramones songs with a burning passion and fury. “It bridges the generation gap, you have kids with their parents, parents with their kids, uncles, aunts, nieces, nephews, friends and it is a whole new world.”

Ramones work as a DJ on The Faction (Sirius channel 28) has helped bring him into 2010 with a slew of new and upcoming punk rock bands. “I don’t care if their signed or not, I’ll play them if I like them…” Among the bands he brought up were the Riverboat Gamblers and Arctic Monkey’s. In an extremely grateful moment, Ramone talked about the opportunities that were presented to him as a young man. Now he attempts to help younger acts become the next Ramones. In 2002, The Ramones were inducted into the Rock and Roll Hall of Fame. With the passing of brother Joey, The Ramones decided not to perform and were instead honored by the new face of punk, Green Day. Ramone brought them up as we talked about new punk bands and the changing sounds bands often go through. “Bands don’t change, as technology develops bands have to adapt to that.” He said that even though a lot of it sounds different than the bands earlier work, “‘American Idiot’ is a punk album, just listen to the lyrics.”

Despite looking exactly like what a Ramone should look like, Marky had a fun flair in his step. Even as he took the stage performing hits such as “Rockaway Beach” and “Teenage Lobotomy,” you could see in Ramones eyes, the wish to spread the punk of generations past with anyone who would listen. As I turned off my camera, Ramone said “let’s eat!!” It was great to see that the punk legend was in great spirits and ready to spread the music of generations past.

Here is an excerpt from my interview with Marky Ramone at Mohegan Sun’s Wolfs Den on February 11th, 2010: