Has Country Become the Dominant Genre Within Pop? 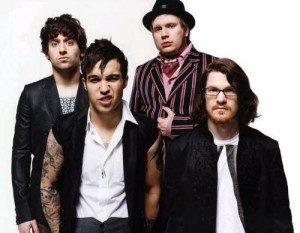 Fall Out Boy's moment in the pop spotlight was short lived

Every few years, music as we know it shifts. It is fascinating to follow these transitions and grow as a listener each time. During the early ’90s, grunge took a prominent roll in pop music with bands like Nirvana and Pearl Jam. The mid ’90s saw a transition into punk rock as bands such as Green Day became the focal point of the pop spotlight. The late ’90s saw the focus move to boy (and girl) bands. These artists were true duplicates of the type of music people new and loved in the ’80s.

Entering the new century, there was yet another cosmic shift in pop music. Much of this decade (00-09) was dominated by emo and alternative rock. Bands like Fall Out Boy, Panic at the Disco and My Chemical Romance made huge names for themselves in a really short period of time. The last part of this decade was dominated by a few artists with a newly found genre I have coined ‘party rock.’ These artists made fun, upbeat music that was likable and easy on the ears. Although Lady Gaga can be found at the center of the genre, artists such as Cascada, The Black Eyed Peas and Outkast all chipped in to make this music great.

Now we beging a new decade. The ’90s are gone and the ’00s, still fresh in our minds have been moved out of the way by the ’10s. Although it seems weird to write that down, there is a cosmic shift happening in pop music right under our noses. For the first time in a long time, country music has become the dominant genre of pop. The evidence is striking on all levels of pop music. 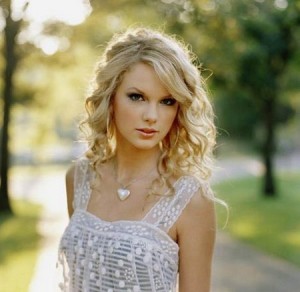 We can start at no better place than the teen pop star. Although Miley Cyrus and the Jonas Brothers have enjoyed huge success of late, no young star is more decorated than Taylor Swift. Swift’s move into the mainstream of America has showered her with AMA Artist of the Year and Album of the Year at the 52nd Annual Grammy Awards. Winning that second award is less about the award, and more about who she beat for it. She beat out the reigning genres (party rock) queen, Lady Gaga, and the overarching pop music queen, Beyonce (who became one of the most decorated musicians of all time at that same show). She also beat rockers Dave Matthews Band and Kings of Leon.

Regardless of what her ‘people’ say, she is a full fledged pop star. Her country roots are still in tact and no doubt she will continue writing about her angst as a young girl growing up in Nashville (and in her younger years, Pennsylvania), but her image has changed. She is no longer idolized solely by the southern states. She is the poster child for America. This image of poster child has been seen before. When grunge dominated pop in the early ’90s, posters of Kurt Kobain lined the walls of American households. When the boy band craze hit, Justin Timberlake and company joined Britney Spears and Christina Aguilera on the walls. Now, in this new time for pop music, Swifts picture will take the place of Beyonce and Lady Gaga as she becomes America’s hottest pop star.

Of course there is more to this story than just a young pop sensation. You have to look beyond that and to the roots of this transition. Many will say that the swing began a few years ago when at the time, a veteran country band became mainstream sensations with the release of 2005′s “Feels Like Today.” With that album, Rascal Flatts became a huge sensation, going multi-platinum on a number of singles and becoming more mainstream. Over the past five years, we have seen this happen again and again. Carrie Underwood became the first true country singer to leave “American Idol” and she has become one of the biggest names in music in a very short amount of time.

Finally we get to the new guys on the block. In order for a genre to take over in the pop world, there needs to be something on its way into 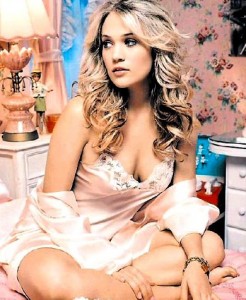 the station. Just like when the Fall Out Boy  hit it big, there were a number of bands right behind them ready to jump on board. Today, country music stars are popping up all over the place. Two of the most exciting artists among country’s up and comings are Lady Antebellum and the Zac Brown Band (honored as Best New Artist at the 52nd Grammy Awards). Both of these groups have expereinced huge success since releasing debut singles and although neither will achieve the mainstream success of Taylor Swift, both acts are impressive and will be around during this dominant period of time for country music.

Of course there are bands we’ve left out of this mix completely. Brad Paisley has had a huge influence in this transition over the past few years and you could make the argument that the Dixie Chicks started the party when they took home the Grammy for Album of the Year at the 2007 Grammy Awards.

Any way you spin it, country music is here to stay, for now. These trends only tend to last about three to four years and if you believe as I do, the trend started about a year ago. This dosen’t leave much time left for Swfit and the gang. The artists need to understand these trends. Their job in the next few years is to make great music and build a fan base. Once their success in the mainstream dies down, they will still have long, successful careers as long as they use their brief time in the spotlight to make people care about them, something that many artists fail to do.