What is the Album of the Year: Is it “Fearless” by Taylor Swift? 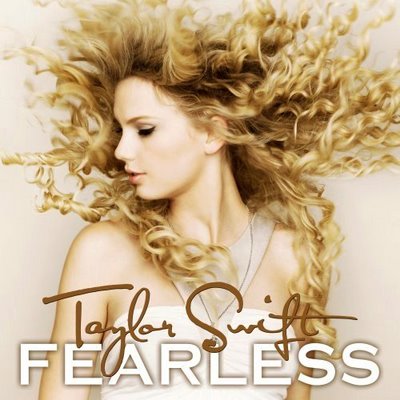 The answer is yes!! After a few articles (see: Black Eyed Peas, Lady Gaga and Beyonce) in which I lead readers on and then smashed their hopes at the end I’m ready to say (with some confidence) that Taylor Swift will win Album of the Year at the 52nd Grammy Awards. “Fearless” is not only one of the best selling albums in recent memory, it is also one of the best.

Starting on a soft cord, “Fearless” is a perfect example of an album that starts and only gets better. It has all the makings of a perfect album, and a type that the Grammy voters usually love. Winners over the past few years have included Herbie Hancock, Dixie Chicks, Robert Plant and Ray Charles. Generally, the voters steer clear of contreversey and vote for a good story or pure songwriting. Swift has an abundance of both qualities.

The last “party album” to win the award was Outkast and their smash hit “Speakerboxxx/The Love Below” in 2004. This year, Black Eyed Peas, Beyonce and Lady Gaga all had albums that would fit this mold. Winners from the past decade all had something in common except for Outkast. They were veterans, they were pure musicians and the albums were straight forward. Although she’s the opposite of a veteran, Swift’s album is an amazing accomplishment in songwriting as most of it was written by the 20-year-old girl.

I’m confident that the singles such as “Fifteen,” “Love Story” and “You Belong With Me” gave “Fearless” enough recognition up front and the album itself will close the deal. The great thing about it is that you don’t need to be a country music fan. It’s a pop album above all else and that’s the person she has become (like it or not). One of the largest pop stars in recent memory will take home her first Grammy for “Fearless.”