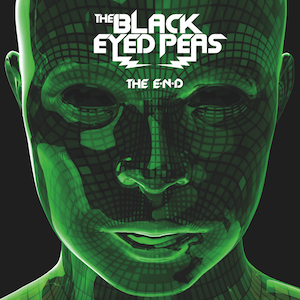 Back in December (and in June) I wrote that the Black Eyed Peas and their album “The Energy Never Dies” was the best album of 2009 and that they got autotune right. It is a revolutionary concept album that made full dance albums a pop culture phenomenon. The album featured auto-tune being used in a positive way, making the music sound like a technologically advanced robot, on acid. That’s exactly what the band wanted.

With a combination of perfect singles and solid fillers, “The E.N.D.” is an easy listen and puts you in the mood to party. Singles “Boom Boom Pow,” and “Meet Me Halfway” performed great on the charts and some might say that “I Gotta Feeling” was the anthem of 2009. Although this is my personal favorite for Album of the Year at the 52nd Grammy Awards, it is not the album I think will win in the prized category.

Maybe it came one year early. Maybe it’s just too crazy for Grammy voters. Either way, it is not the type of album that the show will honor. Great as it might be, there is something about raving, on acid, at a club that dosen’t equal a Grammy to me. Here it is in writing, I hope that we get to see Will.I.Am and Fergie storm the stage as they win their fourth Grammy. My prediction and official pick, they will only see the stage to claim their Best Short Form Music Video win (which isn’t actually presented during the main show).