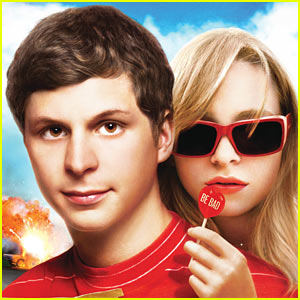 One of the most awaited movies of the winter, “Youth In Revolt” hit theaters in early January. Usually a final resting place for the worst movies a studio puts out in a given year, this winter has been surprisingly strong. That trend continued last night when I finally got to catch up with Michael Cerra and his dork-iness at my local theater.

The movie itself is weird. That is the only weird that I could come up with leaving the theater. Going in we expected something very similar to “Juno” and “Nick and Nora’s Infinite Playlist.” It was nice to find out that the movie had a different tone and was not just another sequel in Cerra’s life. Showing more poise and confidence in his role, Cerra commanded the movie, even while his character portrayed a scared teenage boy.

One thing that helped Cerra in the role was the supporting cast. A group of all stars appeared one by one and all added something different to the mix. Zach Galifianakis, Steve Buscemi, Fred Willard, and Justin Long all had brief stints in the movie. Half comedy and half romance, the movie had something that the other Cerra movies did not. There were moments of pure romance between Cerra and his co-star and Hollywood new comer Portia Doubleday, in which both characters let their comedic guards down.

There was a drawback in the movie for me. Unlike both “Superbad” and “Juno,” the movie is much less watchable to the general public. Often times you will find yourself trying to catch up with dialogue as Cerra or Doubleday talk completely over the audiences head. This leads to that feeling I had when leaving the theater, the movie was weird. It was hard to grasp the entire thing and you felt as if you had missed something when the credits roll.

Go see the movie for yourself and let me know what you thought of it.