Harris’ Album of the Month: A Guide to Loss, Love and Desperation by The Wombats 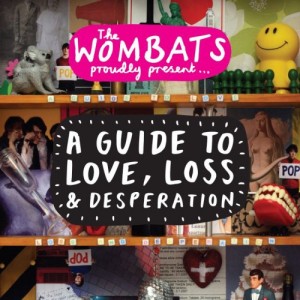 With a general lack of new music to listen to, I chose to take a few steps backward and introduce many of you to a great band from Liverpool. The Wombats are a British contingent out of the former Beatle birth place. I was first introduced to them when their single “Let’s Dance to Joy Division” invaded the airwaves in November of 2007. Their entire album (with a title too long to continue to write) is fulled with top notch, fast paced rock songs.

Some of my favorites from the album include “Kill the Director,” “Moving to New York,” and “Backfire at the Disco.” On a very underrated album, each of these songs builds on the next, and the album is an easy one to listen to in its entirety. One great thing that oozes out of this band is their raw European style. Some bands go as far as to cover up their accents, while other American bands create the illusion of them. This band’s lead singer Matthew Murphy is great at just letting it go and making it fun.

Although I have not seen the band live, I can only imagine its raw energy in a live setting. Pairing a great album with a fantastic-looking album cover, this English band gives you everything you would want from a raw rock band with fantastic songs.