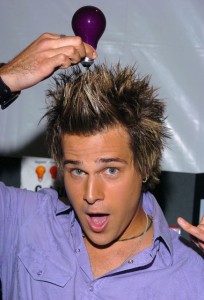 A few months back, before Ryan Cabrera performed in Hartford at Webster Theater, I had the chance to talk with him about where his career is going and what he loves about touring. Of course, we got into his fall from the heavens but it seems that he’s light-hearted about it and willing to accept his position and move on. I hope you enjoy the interview as much as I enjoyed talking with Cabrera.

Harris: I was just hoping you could just give us a little background on your very early career, and how you first got into the music business?

Ryan: I kinda just started playing guitar when I was like 16 years old and then I kinda had a couple bands locally where we played a bunch and then, somehow just decided to go solo instead. And then, I got, heard by this guy Joe Simpson who was in town and he signed me to a management contract and then he took me out to L.A. I moved in with him and his family and then we just started shopping for deals going to offices with my acoustic guitar and sing for record labels until we got signed.

Harris: That’s interesting, you playing your guitar in record labels, that’s an interesting image, you know?

Harris: Well you mentioned in 2004 you were on top of the world basically, you had the big singles and all that. What was that success like? You had so much success so quickly, that must of been crazy.

Ryan: Right, yeah. Well, you know what, it’s like when things happen like that you don’t even really know what’s happening, you are just all of a sudden playing and having fun, you know? And I never really thought too much of it. I was just excited to be playing for people. And then, you know you’re never home, that was the craziest part, about being on the road for about 2 years straight.

Harris: What has it been like, falling out of the Hollywood limelight, and having your career go from that point to where you are now?

Ryan: Well you know, there are some choices you have to make and stuff and like for the last records I made, the only reason I could put out that record that way I wanted it to sound was to leave the major label and just do it independently and put it out on my own and that was, because when you’re writing the albums it’s like there’s some point where you have to really really make the records you want to make and if the label doesn’t like it… I turned in that record and they were like, “Well, we want you to do a record more like this..” and I just didn’t want to do it. So, right now it’s just about continuing to work and spread that and I’m going to go back and make another album and probably do the major thing again just because the independent route is so hard right now.

Harris: Oh so you are planning on going back?

Ryan: Yeah, right now I’m on the road for pretty much looking like most of this year and then I’ll put out something (another record) late of next year.

Harris: Sweet. Can you just talk a little bit about your influences—either musically or non-musically?

Ryan: Well, it just kind of depends on what time—like when I was between like 16 and 19 like my biggest inspiration was Dave Matthews. Like that’s what I wanted and I loved that stuff then. And then, it kinda grew to more like older rock stuff and jazz stuff like the Beatles…

Harris: Well, what is it right now? What’s your most played song in your iPod?

Ryan: What am I liking right now…Probably stuff nobody knows [laughs]. There’s a band called “Under the Influence of Giants” that I really like. 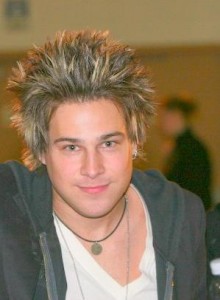 Harris: Yeah. I was checking out your Myspace, checking out your website. You’re obviously aboard the Twitter train as you know almost all artists are. How do you feel thats helped you in connecting with fans?

Ryan: I love it. I mean right now on this source it’s been fun because people get to you know kinda see what you’re doing and stuff. I love it—I mean I’m on the road right now with Josh Kelly and we’re like obsessed with it, like a little TV show.

Harris: Well, I was doing an interview with Cobra Starship and they were actually Twittering something during my interview and I just thought it was hilarious.

Harris: It’s great. What bands have you shared the stage with in the past?

Ryan: Well, right now, this tour that I’m on has been one of the most fun tours I’ve ever done. Me and Josh combine to do one show but with both of us, like we do half his songs, half my songs, he sings on mine, I sing on his sometimes and it’s has been one of the funnest for sure, with him and I think we’re going to actually continue it in the fall as well, and do another run everywhere.

Harris: You obviously had a lot of success on the big stage. It’s gotta be nice to sort of come back down to a smaller stage.

Ryan: Yeah, dude, those are my favorite. Those are the best, those are when I have the most fun. I’ve always liked doing that.

Harris: Do you have like a wish list of bands that you’d love to play with in the future?

Ryan: I would say the only way to be really happy is to make music you want to make no matter what anybody is telling you. That’s really the only thing that I would say.

Harris: Right. What do you hope people would take away from your performance? When they leave, what do you want them to say?

Ryan: Well, I don’t know exactly what they expect but I hope they say “Wow, I didn’t know that was the kind of show that we were going to see,” which is kinda cool and fun. I just think everyone has a good time, like a party.