“For Your Entertainment” Shows Off Singers Unique Style 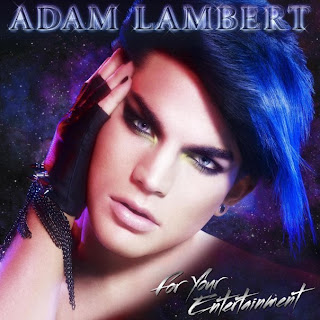 The most anticipated album of the year (according to both me and the sticker attached to the album) has finally arrived. After months of hype and riding the publicity bandwagon, Adam Lambert, the runner up to Kris Allen in season eight of “American Idol” would release his debut album “For Your Entertainment.” After listening to Allen’s album which to my surprise, was very enjoyable, I was pretty excited to hear Lambert’s album.

Starting at a really high energy level, the first song off the album could be one of my favorite songs of 2009. “Music Again” shows a side of Lambert that I hoped would come out in the record. He mixes glam rock and a Jonas Brothers style pop with his dark side, similar to the likes of Lady Gaga. After opening the liner notes I discovered the song was written by Justin Hawkins, formerly of British rock band The Darkness. “Music Again” fits him perfectly. The title track from the album, “For Your Entertainment” also showcases this style.

Track three “Whataya Want From Me” begins as a ballad but eventually breaks into a chorus with a solid hook. This is the first song to change the pace for the glam rocker. Each of the first few songs do a good job of both showcasing Lambert’s unique vocal style while not going overboard with it.

“Strut” is the fourth song of the album and first one that I dislike. The repetitiveness of the chorus annoys me and in a weird way, Lambert sounds like Fall Out Boy’s Patrick Stump. It’s weird but if you know what Fall Out Boy sounds like give it a listen and tell me I’m wrong.

Moving into the middle stages of the album “Soaked” begins with an intro fit for a heavy metal song. Using strings and a very epic presentation, the song moves into a slow ballad that showcasing the theatrical side of Lambert. I really enjoy this song and think it shows a different side of the glam rock artist.

The more I listen, the more the album sounds like a present day alternative rock album. Lambert’s vocals kick back in thought and remind me that it’s all about his incredible vocal power. Continuing to mix ballads and hard rocking songs keeps the album moving forward. What continues to draw me in about Lambert is his unique singing style. Unlike the “American Idol” winner, Lambert brings a sound that is completely new to the table.

“If I had You” is a great example of great vocals coming together with masterful production. Reminding me of Black Eyed Peas “The E.N.D.” the song is essentially a techno song with pop style vocals layered on top. “Pick U Up” does a great job showcasing Lambert’s incredibly high vocal range, something I wish that had done more of.

“Sleepwalker” is one of the oddest sounding songs. The chorus is filled with the sound of monk style chanting. When the chorus kicks in Lambert is front and center once again but the song never really goes anywhere. Similar to most of the songs from Kanye Wests “808’s and Heartbreak” the song never moves and gets someone redundant. The only that keeps you into it is the screeching guitar solo towards the end (guitar solos are almost extinct in pop music) and another solid vocal performance.

Track twelve, titled “Aftermath” immediately made me think of Chris Daughtry. Sounding just like something he would sing, the song has the familiar twist of Lambert’s vocals. With a slight change in the arrangement Daughtry and his band could easily of written and performed this song. To my surprise Lambert actually had a hand in writing about half the songs on the album. He worked with some other great writers such as Rivers Cuomo from Weezer and Greg Wells who has written with Katy Perry, One Republic and My Chemical Romance.

“For Your Entertainment” ends opposite to how it began. As hard hitting as the opening was, the end is equally mellow and soft. The two final tracks “Broken Open” and “Time For Miracles” (listed as a ‘bonus track’) are slower paced ballad songs. Although the latter has a more upbeat sound, both are very melodramatic in nature.

Overall the album is a solid debut. It would of been a miracle for this album to reach the high expectations I had set so in that regard it did fall short. Regardless, Lambert’s unique style, both musically and in image makes him one of the most exciting artists in music today. I stand behind my statement earlier in the week, this album was better than Allen’s debut simply because of the uniqueness Lambert brought to the table.