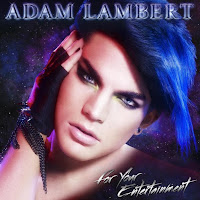 This week really is only about one thing. Glam. Two artists are releasing new albums today. One, an artist who has carved a genre into pop music unlike any other. The other, a brand new artist making his major debut who plans to sit right beside her and feed off of her energy.

Of course I am referring to Lady Gaga and Adam Lambert. After they both took the stage two nights ago at the American Music Awards, both are now ready to dazzle the public with their interesting blends of hip/hop, r&b, dance and glam rock. The truth star from last seasons “American Idol” Lambert demonstrated on stage at the AMA’s why he will fit so perfectly into the slot created by Gaga.

Performing a song from his new album, Lambert was pelvic thrusting all over the stage. Combined with his style of wardrobe which can only be described as glam, he seems to work the crowd in almost an identical fashion to Gaga. One of the more graphic images of the night was Lambert thrusting his pelvis directly into a crouching mans mouth. The openly gay Lambert is personifying what it means to be a flamboyant super talent in todays music industry. 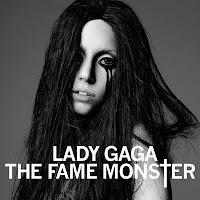 One question I posed to myself was, will his style and raunchy behavior have a negative or positive effect on album sales. When it comes to Gaga, her album sales seem to spike every time she does something crazy. I expect the same for Lambert. The people buying these records are not the type of people who would get offended by things like that.

When push comes to shove, Lambert’s voice will speak for itself and Gaga, well she is Lady Gaga. Tomorrows releases “For Your Entertainment” by Lambert and “Fame Monster” by Lady Gaga are sure to be at the top of many Christmas (and Jewish Christmas) lists this year. Fans are already drooling over a dream tour featuring the artist but for now, two new albums will have to suffice.